Which celebrities have been eliminated so far? 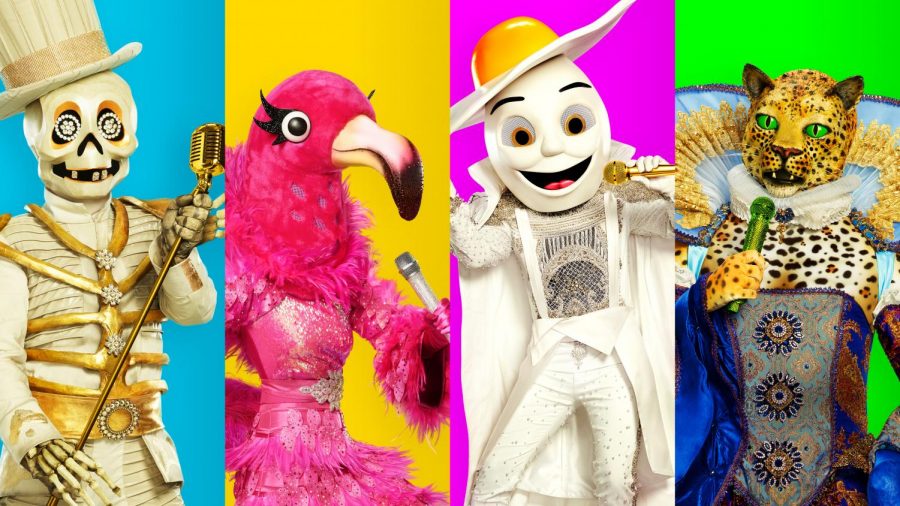 If anyone knows me, then they know how much of a huge fan I am of the reality singing competition on Fox, “The Masked Singer.” The tv program is currently in its second season and is roughly four episodes in. So far, everyone who watches the show is still playing detective to put together the clues and figure out which celebrity is hiding behind the mask.

It is much more difficult than you think…trying to guess your favorite celebrity just by listening to the sound of their voice. The concept of the show is this big guessing game. Celebrities are dressed from head-to-toe in some of the most elaborate costumes ever seen, their voices are disguised when talking, and almost no one knows who could be strutting out onto “The Masked Singer” stage.

The series first premiered back on September 25 and originally started with sixteen masked singers. So far, five celebrities have been unmasked and eliminated from the competition. During the two-hour series premiere, it was a double elimination while two masked singers were eliminated right off the bat. The masked singers to go home that night were the Egg and Ice Cream. The audience was left in suspense until the end of the show to find out who was hiding behind the mask. During the singer’s performance, they sang their edition of Lady Gaga’s hit “Just Dance.” The Egg was the first celebrity to take off their mask, and to much of a shock, American figure skater, Johnny Weir, was revealed as the masked singer behind the egg mask! Weir is known as a fashion designer, television commentator, and two-time Olympian.

The second celebrity to be unmasked on opening night was Ice Cream. During the singer’s performance, they sang their rendition of Lil Nas X’s and Billy Ray Cyrus’s hit “Old Town Road.” Unfortunately, that was not enough to keep them in the competition. After taking the mask off, Ice Cream was revealed as American streamer, YouTuber, professional gamer, and Internet personality, Ninja. His birth name is Richard Tyler Blevins, but is known as Ninja to almost everyone. As of July 2019, Ninja is the most followed streamer on Twitch.tv with over 14 million followers and an average of over 50,000 viewers per week during his live streamings.

As the competition went on, the third masked singer to be eliminated was the Panda. Given the clues during the show, the Panda was thought to be a professional athlete. During the night of the Panda’s performance, they sang to Kelly Clarkson’s “Stronger.” Upon taking their mask off that night, the Panda was revealed to be American tv personality and former professional boxer, Laila Ali. She was a former professional boxer from 1999 to 2007 and is the daughter of the late legendary heavyweight champion, Muhammad Ali.

The next singer to leave the competition was the Eagle. The Eagle sang to “I’d do Anything for Love” by Meat Loaf. However, the Eagle did not receive enough votes to stay in the competition. It was revealed that David Drew Pinsky, popularly known as Dr. Drew, was hiding behind the eagle mask. Dr. Drew is an American celebrity doctor who is an internist, addiction medicine specialist, and media personality. Dr. Drew is most famous for hosting the nationally syndicated radio talk show, Loveline, from 1984 to 2016.

The most recent celebrity to be eliminated from “The Masked Singer” was the Skeleton. From the clues given during their appearances, the Skeleton revealed that they have always been seen as second in line for just about anything. However, the Skeleton had the fewest number of votes and was eliminated from competition. To a huge shock, it was revealed that Paul Shaffer was the Skeleton! Paul Shaffer is a Canadian singer, composer, actor, author, comedian, and multi-instrumentalist who served as David Letterman’s musical director and sidekick. Shaffer acted as Letterman’s band leader during his late-night talk show from 1982 until 2015.

Competition basically just started so there is still plenty of celebrities and plenty of time to figure who is hiding behind the masks. Remember to tune into The Masked Singer at 8:00PM every Wednesday on Fox. Hopefully, you are still wearing your thinking cap because many celebrities have yet to be unmasked.