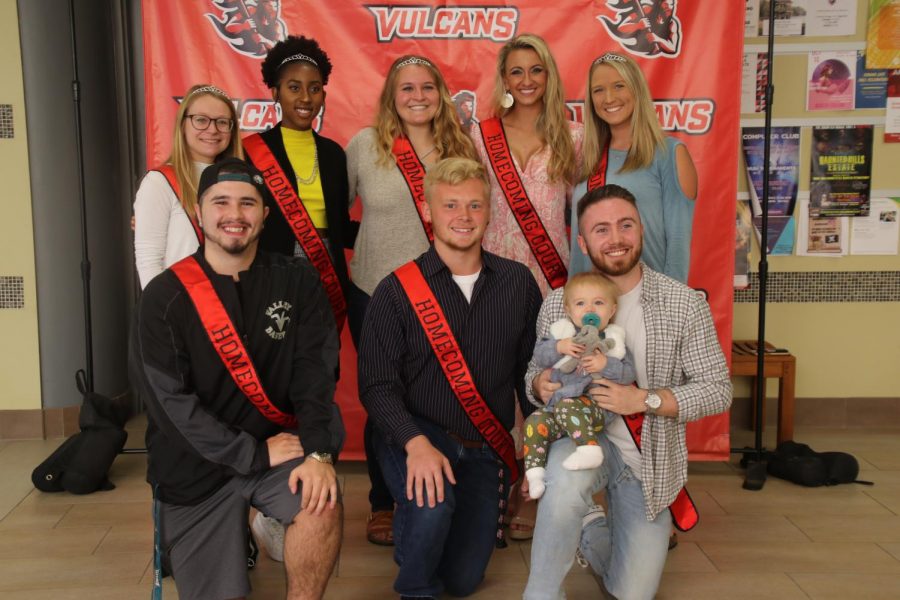 On Tuesday, October 8, the announcement was made to see who was voted onto this year’s homecoming court. Those who were running for court and other Cal U students gathered in the food court during common hour anxiously waiting to hear who made court. Friends of those who ran for court shrieked and applauded as loud as they possibly could upon hearing the announcement of who was voted onto homecoming court.

Cal U’s 2019 homecoming court included all three candidates for king; Michael Bordonaro, Thomas Schiedler, and Eric Townsend. Out of the seven queen candidates, the ladies that were voted onto court included Maggie Cave, Olivia Ebersole, Cynthia Obiekezie, Maddie Rush, and Jocelyn Simmers. The announcement for court was made that Tuesday, however, students and the court had to wait until halftime during the football game on Saturday to see who will be crowned king and queen.

The big day of homecoming had officially arrived. While fans in attendance at Adamson Stadium for the homecoming football game paused for halftime, the wait was finally over. Families and friends had waited long enough to see who will be crowned homecoming king and queen for 2019.

Right before the marching band performed the halftime show, the big announcement was made over the speakers. Winning the crown for king was Eric Townsend who posed with his young daughter, Aubrey. For the first time, probably in homecoming history, there was a tie for homecoming queen! Sharing the tiara for queen was Cynthia Obiekezie and Maddie Rush. Congratulations to Eric, Cynthia, and Maddie on winning the crowns!