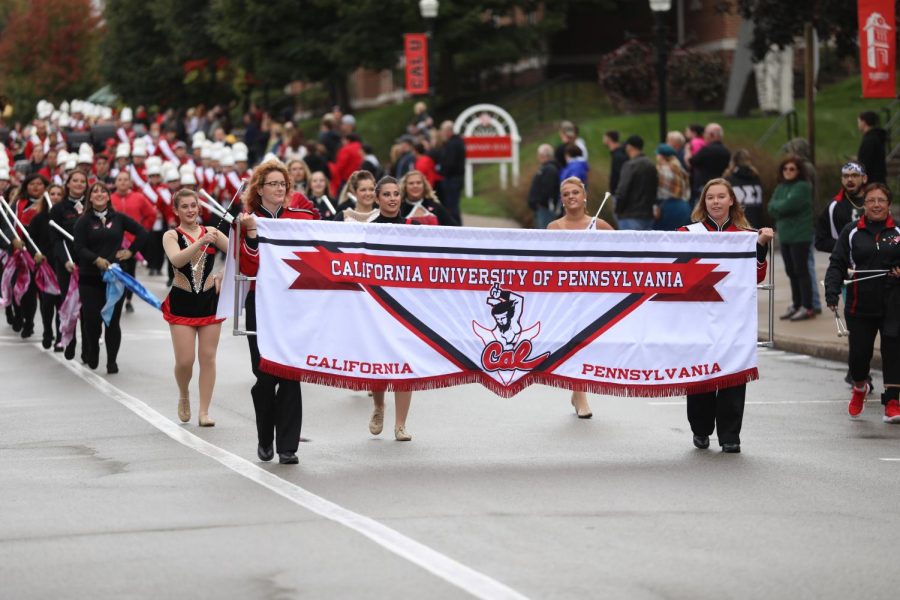 The annual celebration of homecoming always begins with the annual homecoming parade that strolls through 3rd Street, the main street that runs through the campus of Cal U. This year, the parade celebrated its 70th anniversary. The homecoming parade has always been an annual traditions since its inception back in 1949.

I personally got to announce the homecoming parade alongside my trusted companion and very good friend, Pam DelVerne. We announced the parade live on CUTVSPORT1’s YouTube page. It was very exciting and fun to see attendees with smiles on their faces seeing the marching bands, floats, and various cars drive on

This year’s grand marshalls included Tom Hartley Jr., Jon Bittner and Wesley “Chuck” Sheets. Each of them have ties to the university and have 50 years of service with the California Volunteer Fire Department.

The parade featured twelve marching bands from the surrounding area, five unique floats dedicated to the 1960s, since that was this year’s homecoming theme, various fire departments, and other clubs/organizations from Cal U. Some of the floats this year were constructed by the fraternities and sororities of Cal U’s Greek life. The floats included tributes to The Flinstones, Rolling Thunder & a tribute to the Vietnam War, Surfin’ through the ‘60s, Man on the Moon, and Peanuts.

The parade also included a surprise wedding engagement. Nick Bishop, a member of Alpha Kappa Lambda fraternity, proposed to McKenna Ferris, a member of Sigma Kappa sorority. On behalf of us at Cal Times, we want to wish Nick and McKenna the absolute best!

This year’s parade was definitely one for the record books! Happy homecoming!