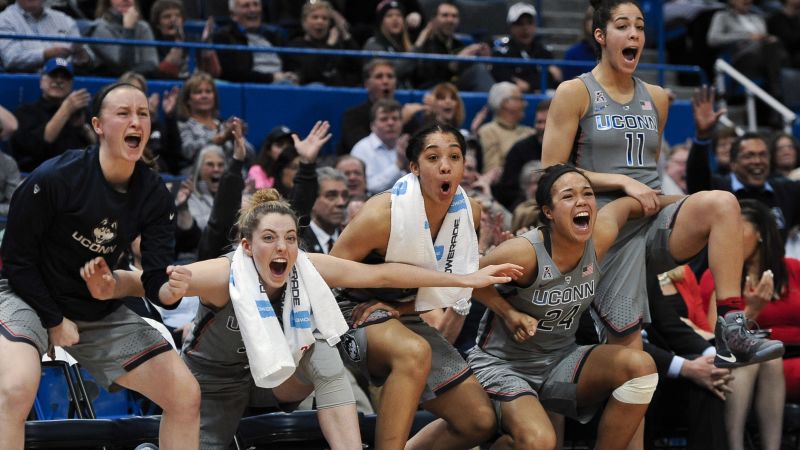 Geno Auriemma has been the head coach of the University of Connecticut’s women’s basketball team for 31 years. The high standards he holds his team to, both on and off the court, have created the definition of dominance in college basketball. Over the course of his time at UCONN, Auriemma has earned 11 national championships with a record fourth-straight national title in 2016. Auriemma not only cares about his team’s performance on the court but off the court as well where he carries a 100% graduation rate among all of his four-year players.

Today Auriemma’s team not only continued their undefeated streak this season but won their 91 straight game. With this win the current UCONN huskies team have beaten the previously held record of 90 straight wins. The previous record was also held by the UCONN huskies from 2008-2010 during the era of star players, Maya Moore and Tina Charles.

This current record began in 2014, four years after the previous record was stopped, when the team was being lead by four-time NCAA Basketball Tournament Most Outstanding Player: Breanna Stewart. Stewart also was able to rely on teammates Moriah Jefferson and Morgan Tuck throughout their time at UCONN. Upon graduation Stewart, Jefferson and Tuck were the top three picks in the WNBA draft.

After losing their top three players last year, many were skeptical as to how long this team would be able to hold on to the win streak. With Kia Nurse and Gabby Williams being the only two starters returning this season, even Auriemma has admitted that he did not believe they would be able to continue the streak to this point and that he had set up their schedule in order to be beaten. However, game after game this team has proven him wrong and continued to win.

With close games against Florida State, Baylor and Maryland there were numerous times that UCONN proved their dominance on the court. Lead by Nurse, Williams and sophomores Katie Lou Samuelson and Napheesa Collier the team has been able to beat all of their opponents by an average of 38.3 points per game. The huskies average 87.6 points per game this season.

With a 88-48 win over Southern Methodist University, the huskies have officially claimed the title of the longest win streak in NCAA history for both men’s and women’s basketball. Samuelson lead the team with a total of 28 points followed by Collier and Williams with 19 points each. Collier and Williams also came up strong defensively with 26 rebounds between the two.

After the game when asked what sets UCONN apart from other teams, Nurse responded with “The way we work.”. The way Auriemma runs his practices and works his team is what sets the UCONN women apart from every other college team. He pushes them to keep playing their hardest no matter what the score is and that is what will prepare them for March.

The huskies look to continue their streak at Tulsa on Tuesday, January 17 with 91 wins and counting.