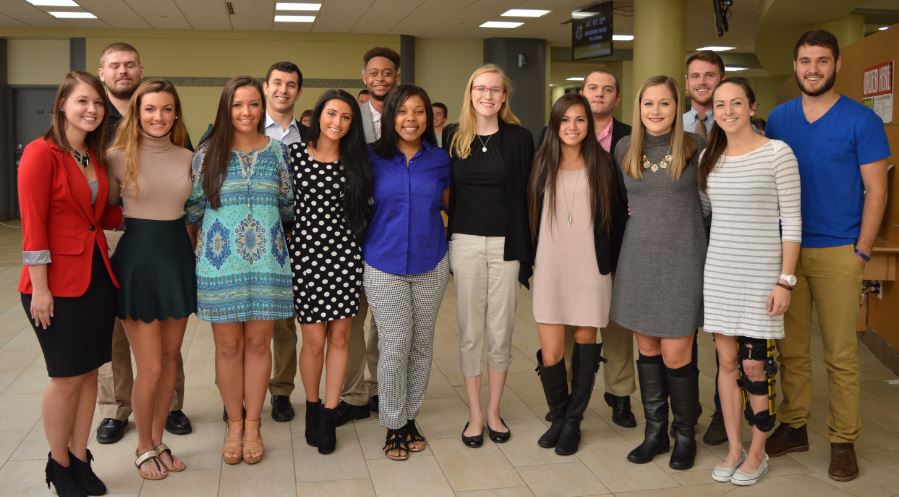 The 2016 homecoming court candidates before the official court was announced. (Jessica Crosson)

The 2016 homecoming court candidates before the official court was announced.

This Saturday, Oct. 22, the homecoming football game will take place at 3 p.m. at Adamson Stadium. Students and fans in attendance will be able to watch the marching band’s halftime performance in conjunction with the formal announcement and crowning of the 2016 homecoming king and queen.

California University of Pennsylvania was founded in 1852 and is a member of the Pennsylvania State System of Higher Education. Homecoming is celebrated once a year and is a time for both past and present students, as well as the fans of the university to enjoy reunions and various spirit filled events.