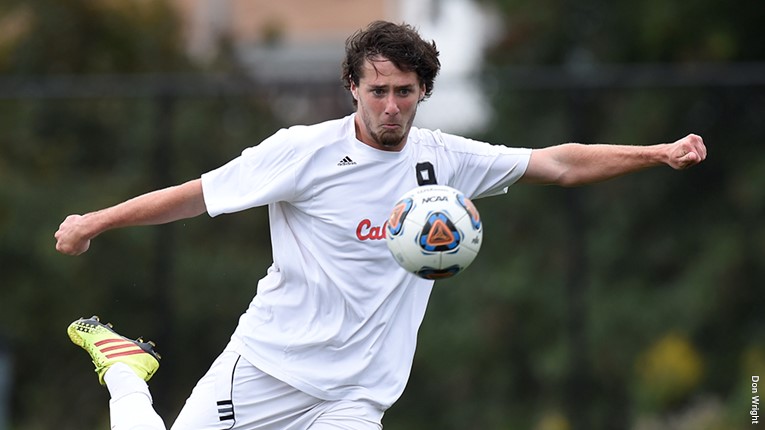 A Game of Many: Cal U vs. Millersville Men’s Soccer

The brisk October match was one for remembrance. The Vulcans have had a shaky history with the ‘Ville. Since 2013, the year that Emedin Sabic became the head coach, the Vulcans record against the Marauders are (2-2). In 2013, the Vulcans fell 2-6 at Millersville. So this past week’s win of 5-1 at home was huge.

With 11:56 left in the first half the Marauders fouled Eric Campbell inside the box for a penalty kick. Christian Fletcher took the kick resulting in another goal putting the Vulcan’s further ahead at 3-0.

Right before the end of the half freshman Matt Light from Annville, PA scored his first collegiate goal to further dominate the Marauders 4-0. Light stated that “to play against Millersville, which is from where I am from, is kind of special.”

The second half, despite only a few goals this time, was still exhilarating. Millersville transfer, Nathan Delgado, who played his first two seasons at Cal U put the Marauders on the board with 8 minutes left in the match. Delgado stated “I miss everyone (from California’s team).”

The Vulcans answered with the final goal of the match by senior forward Nick Cichon. Millersville’s head coach was dismissed from the match with a red card as well as two other Marauders. There were a total of 7 cards given to Millersville and only one to California.

The match ended with the Vulcans defeating the #24 team in the nation with a final score of 5-1. Millersville’s Delgado commented on the loss “We’re going to lose games; all good teams do but the best teams bounce back from it.”