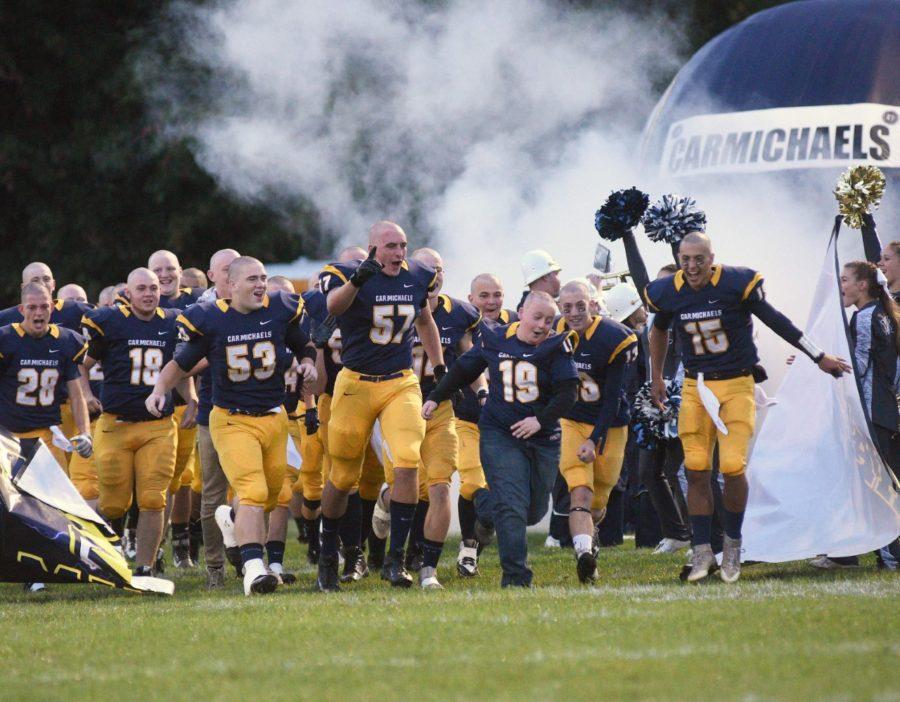 It is said that in high school, appearance is everything. However, one local high school football team is here to say otherwise. The Carmichaels Area High School football team, along with members of their coaching staff, several school faculty members, and students, shaved their heads in support of a young boy battling a rare bone cancer.

Ten-year-old Braedyn Wasko, a student at Carmichaels Elementary Center, was recently diagnosed with Ewing’s sarcoma. Wasko’s prognosis is good, but as any young person would, he is afraid of losing his hair. According to the football team’s quarterback, senior Jonathan Christopher, “Braedyn loves football and he said his biggest fear was losing his hair. So we decided if he was going to lose his hair, we were going to be with him.”

The school held a fundraising pep rally on the football field on Friday, September 30, where all 41 football players got buzz cuts by local beautician in front of the student body. The team’s head coach Ryan Krull already sports a shaved head, so he had his eyebrows shaved off in support of Wasko. “If he’s worried about losing his hair and looks up to our football players, then maybe that’s something we can do to show solidarity and support and put his mind at ease about losing his hair,” said Krull.

As important as looks are to teenagers, the young athletes had no qualms about sacrificing their hairstyles for Wasko. When Krull brought the idea to the team, they were all on board. “The young man who is battling this, his outlook he has battling this thing taught us all something. The guys understand we’re doing something for a greater cause,” said Krull. “It gives me chills.”

The support did not stop at the team. The coaching staff got in on the action, as well as teachers, several other students, and administration. Wasko himself got to shave the head of his school principal, Fred Morecraft. In addition to the solidarity from the school, Carmichaels students have also raised seven thousand dollars for Wasko.

To top off Wasko’s big day, he had the opportunity to run out onto the football field with the team as their honorary captain before they played their game against Mapletown High School.

Wasko has a long road of treatment ahead of him, but one thing is for sure: he is not fighting this battle alone.