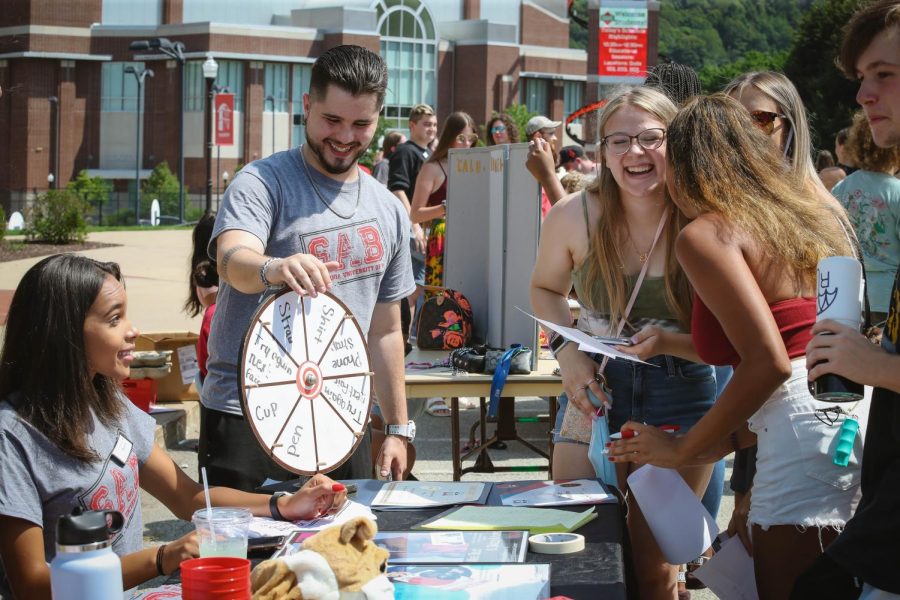 California University of Pennsylvania’s merger with Clarion and Edinboro officially begins in Fall 2022 but clubs and organizations at the three universities have already begun hosting combined events. As early as Feb. 2021., as classes were still in hybrid mode, Cal U’s Student Activities.

The event lasted for about two hours and over 200 students from the three campuses attended the event. This event, like other virtual events, was cross-promoted throughout the three universities’ Instagrams. Considering this event was virtual, the Student Actives president considered this to be “a good turn-out.”

“It was a great concert. They performed live and chatted live with attendees,” said SAB president Nicolette Tartler. Even though this experience was not in-person, they made this an in-person experience.”

According to Dale-Elizabeth Pehrsson, Cal U’s interim president, the merger of clubs and organizations should expect to network among all three campuses more efficiently to maximize their resources.

“As with our current campuses, PennWest will be student-focused, with student engagement opportunities as a focus and driven by the interests of students,” said Pehrsson.

WANA hosted a three-day virtual Writers Conference in September. Hosted by Cal U English professor Christina Fisanick, who is WANA’s president, the event featured an open mic competition and workshops by writers on the craft of writing.

Three students at Clarion University won awards in the open mic competition. Fisanick recalls students being appreciative of this event being virtual.

“Students said that they enjoyed being able to participate in it because for them, it was less intimidating to be in an online environment than if they were there in person,” said Fisanick.

At the American Democracy Project’s panel discussion on Climate Change in October, almost 100 students from Cal U and Edinboro attended.

“We were able to get almost 100 students, faculty, staff and community members by having these multiple forms of sources of technology, ” said American Democracy Project director Laura Tuennerman, who coordinated with Edinboro’s Geosciences department chair, Brian Zimmerman, to host the event.

Though the audience turnout was great, said Tuennerman, the discussion experienced some technical difficulties.

The room used at Edinboro had limited video and audio capabilities, so the audience was not visible to the audience. At Cal U, C.J. DeJuliis, associate director in the Teaching and Learning Center also identified a problem with the screen sharing features on Zoom.

This created difficulties with managing and sharing content with audiences on multiple screens in various locations.

DeJulius said the most common technical problems with hosting events across campuses relate to network connectivity, bandwidth-related issues and out-of-date hardware and software. The technical difficulties students may encounter is the subject of an artwork Richard Watzlaf will submit to MERGE, a tri-campus art exhibition in Spring 2022.

The hybrid event, overseen by Cal U’s art program coordinator Laura DeFazio, will see all three universities come together to create one big art gallery to give students the platform to express how they felt about the integration.

“The students came up with the idea of having an art exhibit on all three campuses with events to take place at the same time,” said DeFazio.

Watzlaf, a student representative at Cal U for this event, was particularly unhappy about the possibility of online classes overwhelming professors and students not receiving as much attention.

“You have these online classrooms, and they can assign over 100 people to these classes and that overwhelms the professor to the point where individual students can’t get the sort of one-on-one time when needed,” said Watzalf.

Watzlaf’s sculpture is a two-doll statue, both with no faces. The first doll has a cap and gown, and the other doll is connected to the first with a big screw. Dollar bills surround the base of the statute. Titled “Behind over here it comes again” (BOHICA), Watzlaf said the piece expresses how students are treated badly by the predominant figures in society such as politicians.

Watzalf said most of the work submitted so far reflects a mix of positive and negative sentiments about the integration.

The exhibition and a reception will be opened at all three campuses so the community can mingle and see the artwork.

Melissa Dunn, director of student activities & programming at Cal U, says that Cal U plans to keep all club events open to Clarion and Edinboro. All Cal U clubs, however, will remain solely to Cal U.

“As far as everyday campus life, you’re not going to see much of a change with the integration,” said Dunn.