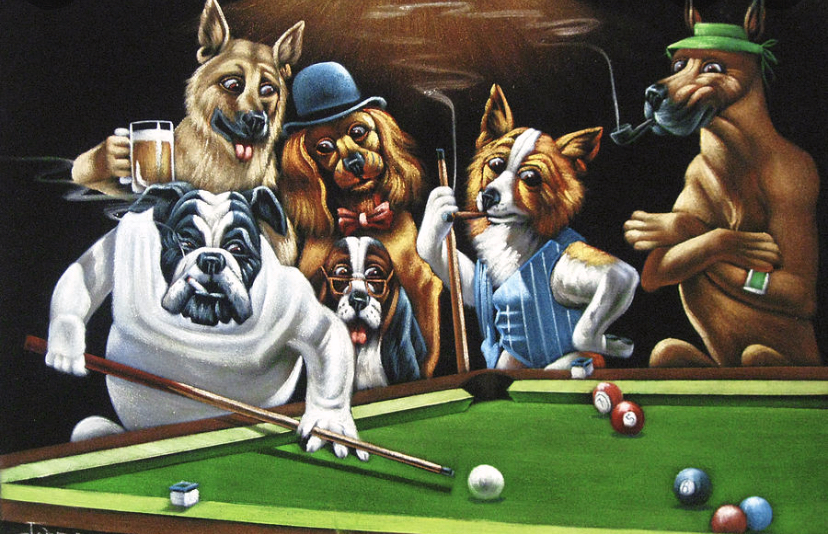 An eight-ball billiards tournament will be held on Thursday at the Natali Pool Hall for students to participate and unwind as they prepare for finals.

Anthony Robison, a player who has played pool as an amateur for the past twenty years, said billiards is when one person breaks and the other rakes, and depending on if they sink a ball, that determines who’s strips and how’s solids.

“To get the ball into the hole, you line up your shot and then you move onto your next solid or strip, and once you get all those in you never strike the eight-ball in until last because it’s tradition,” Robison said.

Angelo Franco, the coordinator of informal recreation & intramural sports for the department of recreation and organizer of the tournament, said he set up a billiard ball tournament because he was looking for a sport to market to as many students outside the normal stereotype of what you would think of intramural activities like flag football and basketball.

“Those popular sports are great to have in an intramural program, but I believe it is just as important to offer activities that aren’t big-name sports like that such as billiards and chess, which both have been offered this semester,” Franco said. “I believe that a core goal of any intramural program should be to involve as many students as possible over the course of any year, and to do that, you need to offer a wide range of activities.”

Franco said the department of recreation is interested in offering ways for students to get away from their classroom responsibilities, stay fit, and above all have fun during their time here on campus.

Students can register for the tournament online at IMLeagues.com/CUP.

“This website is where all intramural sign-ups are, so if students are interested in seeing what has been offered this year already, they can check that out as an idea of what we do and offer,” Franco said. “In addition, they can keep checking that site as we go into next semester because that will be where all new intramural sign-ups will be located.”

The tournament is open to all students, faculty, and staff, and there is no limit to how many can participate

We had a staff member participate in flag football this year, and his team won the whole league,” Franco said.

Since only students, faculty, or staff can participate there will be no charge associated with the tournament.

The eight-ball billiards tournament will begin at 7 p.m.

“I chose to run the tournament at 7 p.m. because I figured that would be decent timing for people to finish up with classes and eat dinner before coming to the tournament,” Franco said. “How long the tournament will last will completely depend on how many individuals’ sign-up and participate in the event. I currently have the pool hall reserved until 9 p.m., but if we get a lot of individuals signed up, that can always be extended.”

Franco said he started planning this event about 2 weeks ago as he was looking for another tournament or two to offer before finals week.

Franco said they pushed the advertisements as much as they could, posting on all their social media accounts, had the graphics put up on rotating TV boards around campus, and put posts on the daily announcements that are sent out to students, staff, and faculty emails.

Robison said billiards is a game many from different fields of expertise can participate in and enjoy.

“If you’re good at geometry and math, because of the angles that you shoot at, you should be good at billiards too,” Robison said.