...and what does photo ID have to do with it? 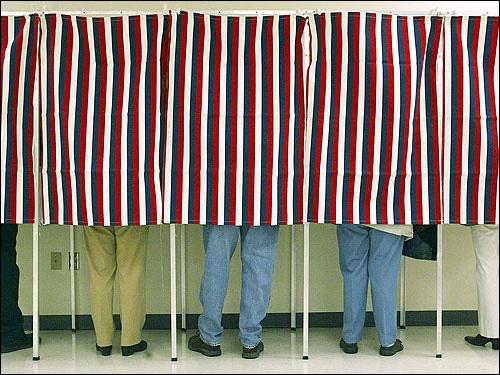 Claudia Pehowic weighs on which is the lesser of two evils: voter fraud or restraining the vote of countless Americans by needing photo ID.

California University of Pennsylvania feels like home, but my permanent address is four hours North by car.  My parents decided to foster a child in my absence, so I no longer have a permanent bedroom.  Last summer, a friend and I journeyed to the state of California to chase after a job offer I found on Craigslist.  I did not renew my Pennsylvania driver’s license, which required a scheduled appointment for a new photograph.

Speaking as a college student who spends the school year far from home, keeping a legal form of identification is not an easy feat.  Travelling last summer left me unable to renew my driver’s license, and I currently find myself without any form of photo ID.  While many students like me bounce from home to home, we still strive to be involved in the fate of our country.  Voting is an important American right to many people who have trouble obtaining current and verifiable forms of ID.

Maintaining employment during school is necessary; however, it leaves students with little time to register for an ID through the state’s Department of Transportation, which is exactly what Pennsylvanian legislators expected of their citizens in 2012.  People without proper forms of ID had one month to obtain one from Pennsylvania’s Department of Transportation (PennDOT). Fortunately, one of Pennsylvania’s two appellate courts disallowed voter ID laws to take effect in 2012, giving Pennsylvania residents at least another two years’ time to obtain ID from instate colleges, nursing homes, government employers, and DMVs.

While obtaining an accepted form of ID can be difficult, it might have been a necessary price to pay if the nation was experiencing problems with voter’s legitimacy.  However, evidence yields that this is not the case. ABC News notes that voter ID laws can only prevent one type of fraud: impersonation fraud.  However, when former president George W. Bush’s Department of Justice investigated claims of voting fraud, only one case of impersonation fraud was discovered nationwide from 2002-2005.  Because citizens understand that there are heavy penalties for illegal voting (one illegitimate vote results in a $10,000 fine, five years of prison, and deportation for illegal immigrants), voter fraud is an unlikely occurrence.

Many individual states claimed that voter fraud was interfering with their state elections.  The Brennan Center for justice examined many state voting statistics as well, finding Wisconsin’s percentage for voter fraud to be 0.0002%. South Carolina was concerned about its elections legitimacy, believing that as many as 900 people voted by using the names of deceased residents.  When 207 of these cases were randomly selected for scrutiny by a third party, they showed clerical errors made by election officials rather than any voter fraud. As a licensed voter who is struggling to obtain adequate ID, voter fraud seems to be the lesser of two evils when compared with restraining the vote of countless Americans.

The cost of transportation is high when vehicle insurance, gas prices, and the cost of the vehicle are taken into consideration.  Many college students, urban dwellers, and senior citizens do not have their own cars, and some lack even the ability to drive.  Public transportation may not stop at offices where citizens can obtain an ID.  Moreover, the cost of a voter ID law may include lost hours of work for many Americans.  People who need to obtain specific forms of ID in order to vote need to make themselves available during the rigid operating hours of government offices.

Former Virginia Governor Jim Gilmore sought a solution for these expenses.  He created forms of free government ID cards for all residents of Virginia who needed them.  He spent $275,000 on his solution.   While the cards may have seemed free, the residents of any state ultimately supported the governor’s decision with their tax dollars.  In this situation, voters who already had acceptable forms of polling ID had to pay for their ID and IDs for their fellow residents.  For taxpayers who already had legitimate verification, this seems like an undue burden.

The Brennan Center for Justice issued a report, “The Truth about Fraud” in which it found that “claims are frequently used to justify policies […] that could not solve the alleged wrongs, but that could well disenfranchise legitimate voters.”  In the seemingly imaginary efforts to prevent impersonation fraud from occurring, thousands of Americans could be left behind at the polls, many of them college students. Respecting my fellow American’s right to vote as well as my own, I hope for an election day without voter ID.