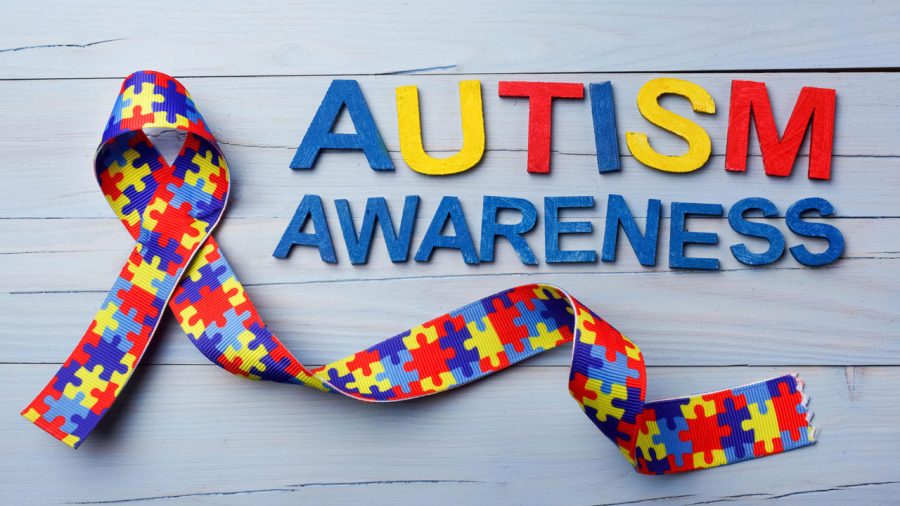 Autism affects 1 in 100 people and 1 in 68 children. Autism is defined as a developmental disorder of variable severity that is characterized by difficulty in social interaction and communication and by restricted or repetitive patterns of thought and behavior. There are three different kinds of autism disorders. First, there is Autistic Disorder, which is often called “classic autism.” This is what most people think of when hearing the word autism. The second type of autism is Asperger Syndrome, which is a developmental disorder affecting the ability to effectively socialize and communicate. The third type is Pervasive Developmental Disorder. The type of autism I have been diagnosed with is Asperger Syndrome.

Personally, I know how it is to live with this kind of lifestyle, since I have been diagnosed with autism since I was about 7 or 8 years old; I am not entirely sure at what age I was diagnosed, but it was around that time. To many people nowadays, I look like a pretty normal, average person. However, I am mentally different than the average person.

Growing up with this disorder was very challenging. I believe I was in second or third grade when I got tested and the results affirmed I was not “wired correctly upstairs.” For almost my entire childhood, I got treated differently because of a disorder that had seemed to completely take control of my mind and my actions. People are screened or go to consultations with specialists to confirm if the individual has a form of autism or not.

It was very difficult for me to communicate, make eye contact, and socialize with other people because of my autism. Most times, I would want to stay home and avoid all contact possible. I am ever so lucky that I had my twin sister by my side all throughout elementary, junior, and high school to guide me through the mess I would receive from bullies; thankfully most of the teasing ceased after I left elementary school. Growing up, my autism was so obviously and easily seen by others, especially when I would throw tantrums and get upset by something so incredibly small and/or useless. These tantrums were often referred to as “episodes.”

To learn how to control my episodes, and most importantly learn how to control myself, I had to attend these so-called therapy sessions with a trained specialist. Some specialists even made house visits to help me. At first, I did not like these sessions at all and found them to be very odd. But after time, probably about a time span of almost five years, I had these weekly sessions with specialists to help me control my episodes. When these specialists visited my house, we would perform various mental and physical exercises to help control my angry outbursts. I would have a breathing exercise where I would count to 10 and take deep breaths to try and calm myself down. Some mental exercises included looking at scenarios and deciding what is the right thing to do and how to avoid doing the wrong thing.

People who do not fully understand what it is like to either live with autism or know a friend/family member who has autism have no idea what the struggles are for that individual. Some of these individuals can face struggles on a daily basis. Simple tasks for a normal individual are easy while that same simple task may be difficult for someone who has autism. For example, learning how to tie shoe laces may seem easy, but for me it was very difficult. When I could not tie the laces, I became upset and threw a tantrum; most of the time, I threw the shoe across the room and stormed out in an angry rampage. I did not learn how to tie shoe laces until I was 13 years old while my sisters knew how to tie shoe laces since they were probably 6 or 7 years old.

I felt so different because when I looked around at everyone else, at school or somewhere else, and saw they had “regular shoes” on with shoe laces while I wore “slip-on shoes” most of the time, it angered me inside.

Now that I am a young adult, at the age of 21, I do indeed find myself successful. It is so much easier for me to interact and socialize with people than it was 10 years ago. I am well aware that there are others with more severe cases of autism, but I personally think every story about autism will have a successful and happy ending. Most tasks today seem very easy, especially tying my shoe laces. However, upon learning to tie shoes, I have developed an addiction for shoes though; I currently have over 20 pairs! I thought all those sessions I endured as a young child were very useless, but in the end though, they were very useful. I will live with autism for the rest of my life…it will never go away and there will never be a cure for it, but I do plan to embrace the best of it. I am here not only to support myself, but I am here to support others who have been diagnosed with autism. We all have to look out for each other and be there for one another.

April is considered National Autism Awareness Month. World Autism Day is an internationally recognized day on April 2 every year, encouraging Member States of the United Nations to take measures to raise awareness about people with autism spectrum disorders throughout the world. Every year on April 2, people around the world are encouraged to wear the color blue. Blue has been recognized as the color for autism awareness. The coined phrase “Light it up Blue” has gone viral over the years to make people aware of autism.

In conclusion, it has been no easy ride whatsoever living with autism. Even today, I still face challenges, but in the end, I know I will be triumphant. For those who have been diagnosed with some form of autistic disorder, they are not any different than another person. People living with an autistic disorder are a little bit more unique, in a good way.

So, please, after reading my story, I hope it brought some insight to you. Overall, you should not judge what you do not understand. Learn to embrace or help others if they have an autistic disorder. Please do not judge, make fun, or point out the flaws.

Autism is not so easy to understand, but we learn how to make it through life one easy step at a time.