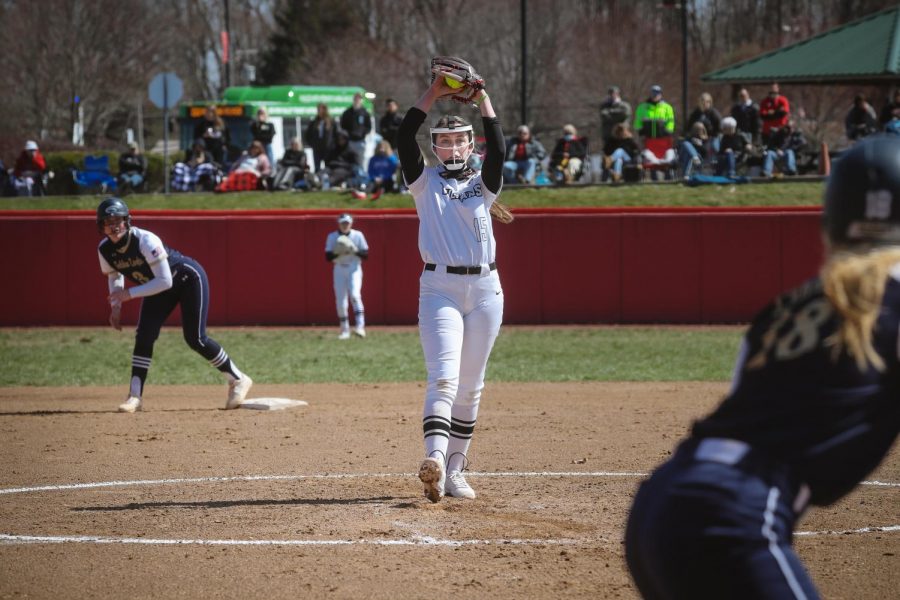 The Vulcans posted a pair of run-rule victories on Saturday afternoon to sweep a doubleheader against Clarion at Lilley Field in Pennsylvania State Athletic Conference (PSAC) West action, winning 11-3 in Game 1 and 9-1 in Game 2.

With the sweep, the California University of Pennsylvania softball team improves to 7-3 overall – all in divisional play. The Vulcans were facing the Golden Eagles for the first time since the 2018 season at the PFX Spring Games in Florida. Meanwhile, Clarion falls to 3-7 this season behind a 1-7 mark in league action.

Cal U tied the score at 1-1 on a two-out error in the bottom of the first before scoring three runs in the third. The Golden Eagles cut the deficit to 4-2 in the top of the fourth before the Vulcans responded with three runs in the bottom of the inning. Wilson delivered a two-run double to left center before scoring on a double by Postler. In the sixth, the Vulcans forced the run-rule victory with fourth-straight RBI hits.

In Game 2, the Vulcans scored six runs after benefiting from two errors in the bottom of the fifth to post the 9-1 run-rule victory. Young finished 2-for-3 with one RBI and two runs scored. Wilson, Pinneri and freshman Britney Wilson  all registered a pair of RBI, while senior catcher Brooke Wilson  scored two runs.

Cal U scored on a fielder’s choice in the second and added one run on a sacrifice fly in the third. The Golden Eagles scored on a ground-out in the top of the fourth before Britney Wilson collected a two-out, pinch-hit RBI single in the bottom of the inning. The Vulcans sealed the victory in the sixth by scoring runs in a variety of ways – three singles, error, ground-out and sacrifice fly.