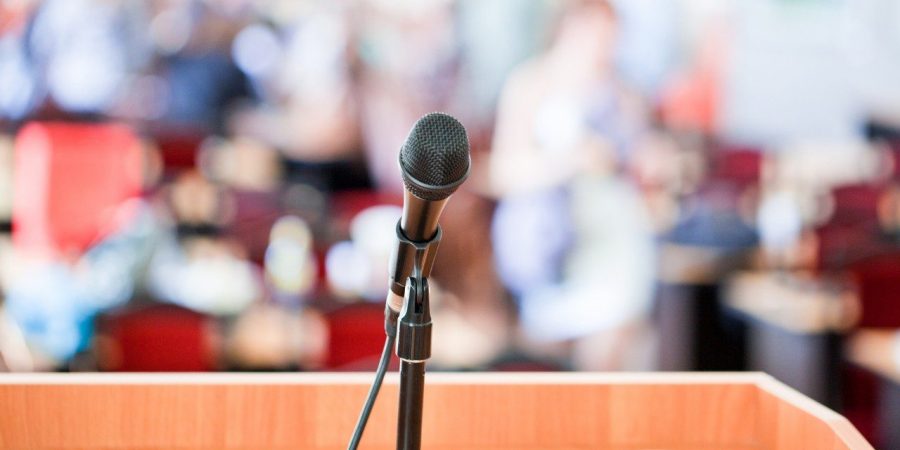 In lieu of the first presidential debate, held on Tuesday, Sept. 29, many students at California University of Pennsylvania, Cal U, are expressing concerns about the next president to be elected.

Between President Trump’s interruptions and Joe Biden’s name-calling, students had a hard time watching the debate, in general. During the debate, Biden repeatedly referred to Trump as a “clown.”  As a response to Trump’s repeated interruptions, Biden asked, “Would you shut up, man?”

The last count on Trump’s interruptions, according to Jeremy Stahl, a writer for the Slate, is 128 times, between interrupting Biden and interrupting the mediator, Chris Wallace.

Jacob Brown, a senior at Cal U said, “I only watched the first hour of the debate last night, any longer and I would’ve thrown myself off Old Main.”

Lindsay Kastroll, a student studying biology and geology at Cal U, said she couldn’t even watch the debate.

“Listening to the president talk gives me a lot of anxiety and I try to avoid it as much as possible,” said Kastroll. She claims that she’s following the election, but she that values her mental health.

As to the actual meat of the argument on COVID-19 response, Supreme Court Justice nominee and climate change, many students found both President Trump’s and Biden’s answers anemic, as well.

Noah Hathaway, a senior studying English literature, said, “I found President Trump’s responses and answers to Mr. Wallace’s questions to be glaringly lacking in substance and truth.” Hathaway also said that he did not think that Biden offered a plan for handling pressing issues, such as the pandemic, either.

“One said one thing was bad and the other said that’s a lie or that it’s good or vice-versa, and they were all talking over each other,” said Brown. “I was watching it with my friends, and we couldn’t tell who was telling the truth about things or who was lying because it was all so vague.”

Although both candidates were seen to be lacking in their arguments, both Brown and Hathaway said that they think Biden would be better suited to lead the country through its current crisis.

“I find that he offers a better and safer for all Americans, not only those who have always been on the top,” said Hathaway.

“I don’t think either would do a very good job if I’m being honest,” Brown said. “However, Biden seems to take it more seriously than Trump does.”