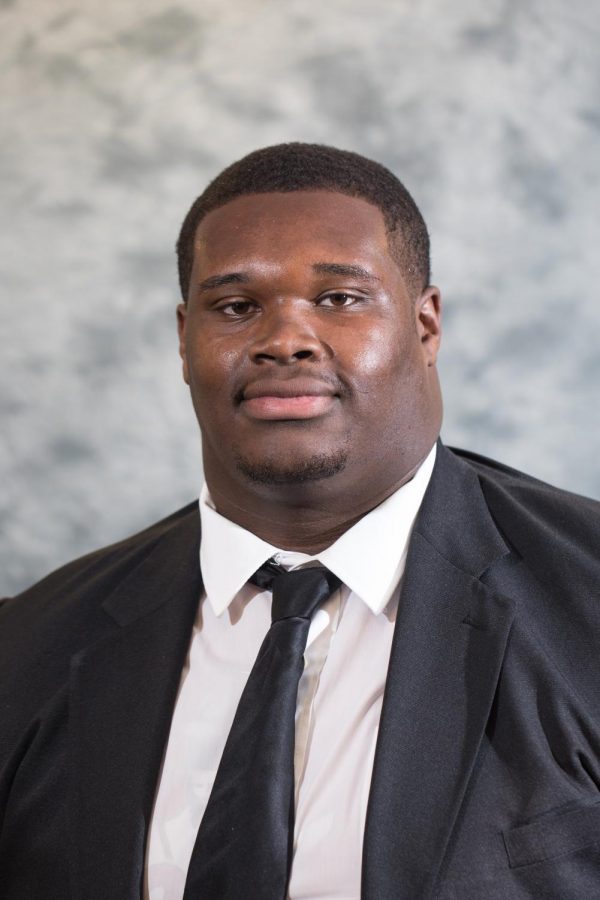 “Today we come together as a community to remember and celebrate the life of Jamain Stephens,” was the opening of statement of Dr. Karen Hjerpe, athletic director at California University of Pennsylvania, as she thanked and welcomed guests who attended the virtual memorial ceremony to honor the late student.

Jamain “Juice” Stephens was a Cal U student who just began his senior year in the business administration program. Stephens died on Sept. 8, 2020. He was mostly known for his dedication on the Vulcans football team as a defensive lineman.

The virtual memorial was held on Sept. 10 and many students, friends, and Cal U faculty were in attendance to pay their respects. Pete Ware, the campus minister, opened the memorial with a prayer. Afterwards, a short video was played showing some highlights of Stephens’s career on the football team. After the video, Dr. Hjerpe introduced University President Geraldine M. Jones. President Jones thanked everyone in attendance and explained how grateful she was to have the opportunity to gather virtually to honor the life of Stephens, due to the Covid-19 pandemic.

President Jones gave remarks on how Stephens had a larger-than-life personality and how his smile could light up a room. Continuing on, Jones said Cal U students should honor Stephens’s memory by living the way he did, with purpose and joy. “Even though Juice is no longer with us, he will never be forgotten. He will always be a part of Vulcan football and our university’s story,” said President Jones. Closing her remarks, President Jones asked those to remember the good times they have enjoyed with Stephens as time moves on and to not forget how he inspired all of us.

In his remarks, Cal U Head Football Coach Gary Dunn talked about process of recruiting Stephens to the football team shortly after graduating high school. Trying to hold tears back, Dunn expressed how Jamain has made a huge impact on Cal U’s campus and beyond and wondered how a young man can touch so many people in so little time.

Shortly after Jamain’s passing, outpours of messages were seen among various social media platforms. Students, friends, faculty, and family members expressed their grievances upon hearing the tragic news. Posts about Jamain’s passing were positive with messages of love, kindness, and support about how he inspired and touched so many people within the Cal U community.

Also in attendance were some other Vulcans football teammates. Noah Mitchell, Josh Dale, and Marquise Martin all shared stories of the wonderful times and memories they have shared with Stephens on and off the football field. Each player expressed how “Juice” was more than just a teammate and more like a brother. Mitchell explained how Stephens treated everyone exactly the same; treated them with kindness. “Whether you met him three years or three minutes ago, you were already one of Juice’s closest friends,” said Mitchell.

Within the speeches of Mitchell, Dale, and Martin, a challenge called the “77 Day Challenge to Live like Juice” was talked about. Stephens wore jersey number 77 on the field and this challenge is to inspire anyone and everyone to live like Juice for the next 77 days. What this means is to always be kind and live life to the fullest, just like Juice did.

Stephens was not only respected on the football field, he was also respected in the classroom. One of his fellow professors, Dr. Kelton Edmonds, shared his remarks about Stephens’s academic career. Sharing similar stories, Dr. Edmonds said how Stephens was a student who lit up a classroom, even when the class was at night and students tend to be tired after a long day. “Juice was a phenomenal young man and will be missed,” said Dr. Edmonds.

The last guests to share remarks on Stephens’s life was his mother, Kelly Allen and uncle. She first shared a personal story of the time when she was pregnant with Jamain. She thanked all other speakers who spoke great things about her son and how he has shared nothing but kindness with every single person he has ever met. Stephens’s uncle also spoke on Kelly’s behalf to remember the good memories of Stephens’s life. Keeping their remarks short and sweet, Stephens’s uncle closed by saying “We thank God for the 20 years he allowed us to have.”

Near the end of the memorial service, Dr. Hjerpe thanked everyone who was able to join the virtual ceremony and wished everyone to remain safe and healthy during the pandemic. Before signing off, she thanked everyone for joining in the celebration to remember and honor the life of Jamain “Juice” Stephens.

On behalf of the Cal Times staff, we send our thoughts and prayers to the friends and family of Jamain and to those whom he has profoundly and positively inspired within our Cal U community.