Washington Co. Food Bank opens “Farmers Market for a Cause” 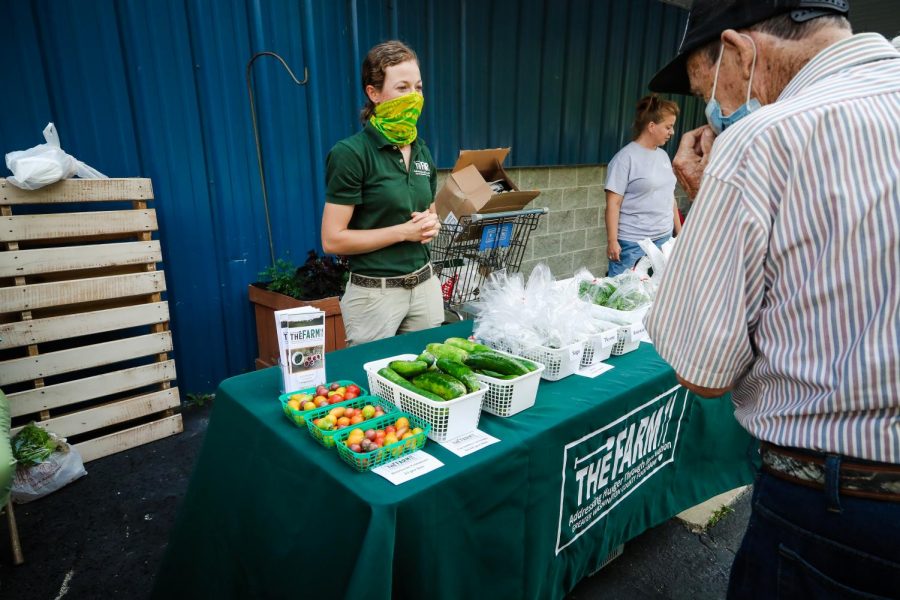 The Greater Washington County Food Bank launched an outdoor farmers market this week with plans to host the market every Tuesday into the late fall.

“Farmers Market for a Cause,” located at 909 National Pike West,  includes the sale of produce grown on the food bank’s own farm.

Representatives from the Washington County Chapter of the Ladies’ Homesteading Group were also at the market.

The event is a fundraiser for the food bank as well as an opportunity to showcase healthier food in the neighborhood and promote local farmers, according to Jodi Gatts, food bank assistant executive director.