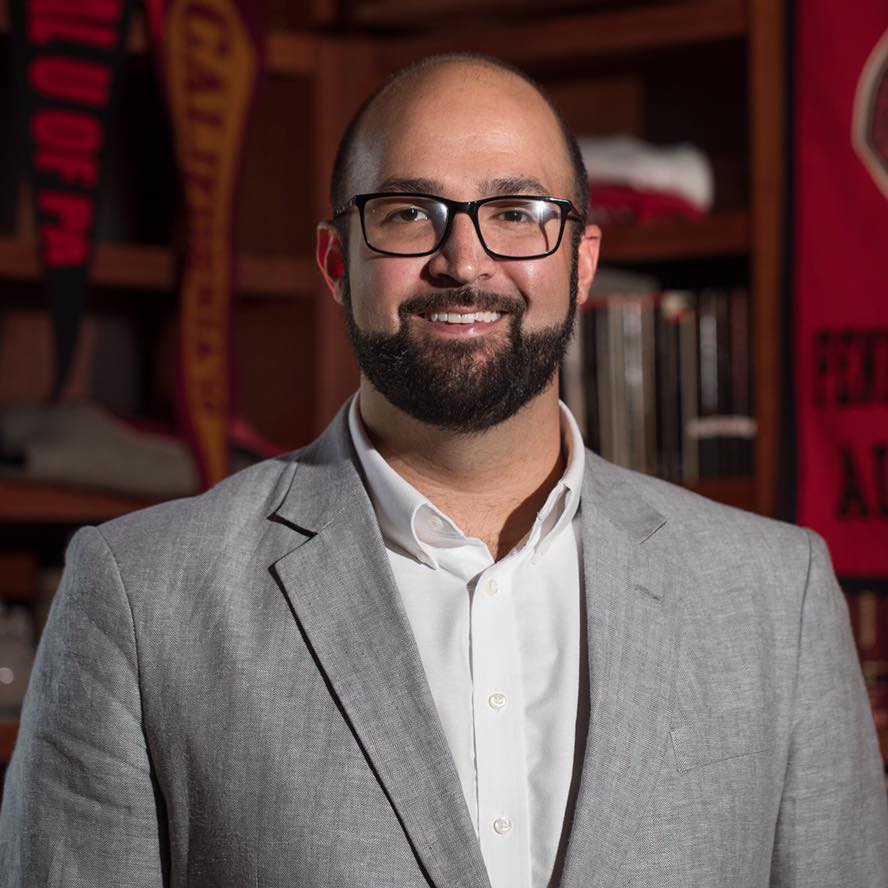 In the spring semester of 2010 at California University of Pennsylvania, professor Mark Aune was teaching his esoteric course on Shakespeare, and little did he know that, soon enough, he would be working alongside one of the students scribbling notes in front of him in years to come.

“He always sat right in the middle of class, not in the front but not in the back, either. And he was there every day,” said Aune.

Rodney Taylor had also been the first male student to play a female role for an assignment that Aune had been doing for over 10 years, which he claimed as “an example of Dr. Taylor’s enthusiasm and willingness to engage with his coursework.”

Taylor originally entered college as a business administration major, which was enforced by his parents but was inspired by the use of language and the topics that he was exposed to in his second English composition class. After fluctuating between majors and failing the Praxis test by two points, Taylor earned his bachelor’s degree in language and literary from Cal U in 2010.

During his literary studies at Cal, Taylor was exposed to only a minor degree of African American literature, including a small excerpt from Frederick Douglass’s Narrative, which is when he decided to go to graduate school and learn more about this neglected topic.

Taylor pursued a master’s degree in literature at Indiana University of Pennsylvania, which he accomplished at the ripe age of 23. While completing his Ph.D. graduate assistantship at IUP, Taylor worked under Veronica Watson, the director of the Frederick Douglass Institute (FDI) at IUP at the time and the director of the FDI for all of the PASSHE (Pennsylvania State System of Higher Education) schools.

Taylor was able to see how the FDI worked on campus and in Harrisburg through the Frederick Douglass Scholars Fellowship, where he would attend meetings and manifest his own passion to help find solutions for the ubiquitous issues they were discussing.

“They were always having these conversations about student excellence, appealing to first-generation, low-income, minority students, and students from marginal groups,” said Taylor. His experience as an ambitious FDI scholar in graduate school affirmed him as an exemplar of African American studies at Cal U.

The Frederick Douglass Institute is a collaborative initiative that offers high-impact programming for students, particularly those from diverse backgrounds and those who have been historically underrepresented, while providing information and advocacy for subjects concerning diversity and equality. Every year, an FDI scholar is invited to visit Cal U to teach students from a multi-cultural perspective.

Taylor is what they call a “visiting scholar” to Cal U’s campus. He has been teaching at Cal for a total of two semesters, and it is still unknown whether he will remain as an ebullient educator of literature and English studies at this university.

“It’s wonderful to bring in great scholars, such as Professor Taylor, because I know they’re going to do the right thing. It’s really the highlight of my year,” said Ayanna Lyles, current director of the FDI program at Cal U.

Lyles was introduced to Taylor through the FDI program when he was just a graduate assistant at IUP. According to Lyles, Taylor would attend the program’s collaborative meetings that took place twice a year, although it was never required or even expected of him to be there.

“He was always a hard worker and very engaged. I almost instantly gained the impression that he would be good with students in terms of offering programming,” Lyles said.

Taylor is one of the first, and most recent, FDI scholars to be part of the Cal U English department. Lyles anticipates trying to keep Taylor as a member of Cal U’s faculty in hopes of diversifying the staff and exposing his gregarious style of teaching, expertise and the methods that he uses to his students and coworkers.

“Although Dr. Taylor has been a professor in the English department for a short time, he has already left a big impact,” said Christina Fisanick, an associate professor of English at Cal. “Not only do students find him to be authentic, well-prepared and funny, but so do his colleagues.”

Fisanick worked with Taylor on two projects this past year, including selecting essays for the annual Hibbs Award for first-year writers.

“I have found him to be generous with his time and enthusiastic about our students and their writing,” she said.

“I was immediately impressed by his style of teaching, the way he handled the classroom and his ability to relate to his students,” said Anthony Carlisle, chair of the English Department at Cal.

Kortnie Gould, a junior creative writing major, has been one of Taylor’s students since he began teaching last year at Cal U and hopes that she, and succeeding generations of students, will have the opportunity to learn from him in her final years on campus.

“Every time he says that once he’s our professor, he will be our professor for life, I know he truly means it,” said Gould.

Taylor relayed the importance of maintaining connections with his students. “I don’t ever want to lose the connection I have with my students. Sometimes you lose your student-self, you see yourself as this authority figure, and you don’t see your students as equals.”

On Jan. 16, Taylor helped organize a writing retreat through the FDI for faculty members at Cal U’s SAI Farm, where they focused on constructing syllabi, journal articles, dissertations, creative projects, manuscripts, etc. before the spring 2020 semester took off. The initial goal of the retreat aimed towards personal and intellectual growth in professional achievements among the staff, while providing them the space and time to do so. Taylor wanted his colleagues to have time to focus on themselves, which will ultimately help them to stay focused on their students’ academic needs, as well.

Taylor’s own intellectual pursuits were abruptly interrupted due to a sudden travail of lethargy that he had mistakenly convinced himself as mental exhaustion or the aftermath of inebriation. While teaching at IUP as a doctoral student and simultaneously crafting his dissertation, Taylor was diagnosed with leukemia after passing out in the shower one evening.

Taylor has been in remission since Feb. 12, 2017, and is grateful for the growth that this experience has granted him as a scholar, educator and overall human being.