The Future is in (Y)Our Hands

Young people's votes are crucial for the progressive government we need 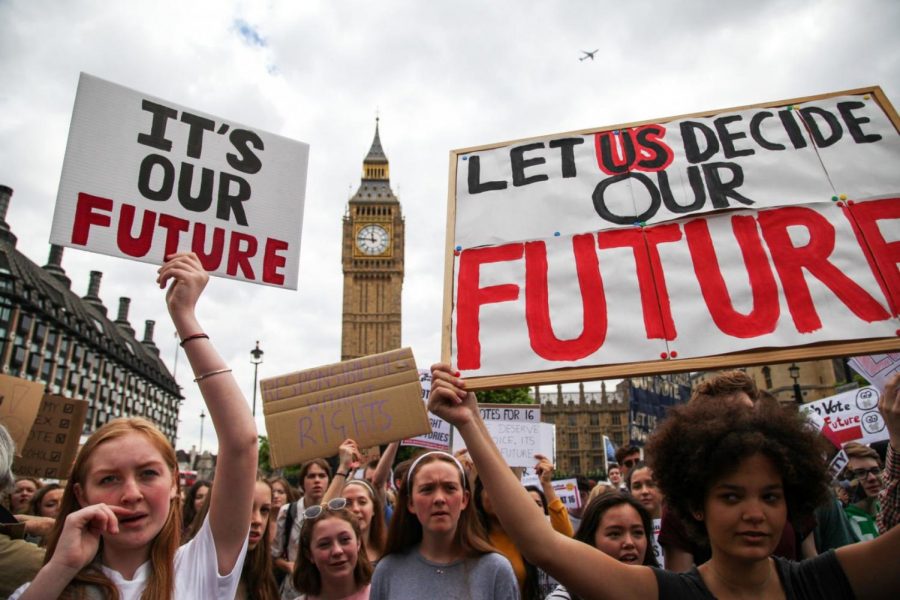 Trafalgar Square, London, UK. 3rd July, 2016.Young people between the ages 14 to 16, protest calling for the legal voting age to be lowered to 16

If you ask the people that are closest to me, they’ll tell you I’m about as liberal as they come. I have “I’m With Her” and “Nasty Woman” stickers all over my sketchbook and a “Proud Feminist” pin on my backpack. Back at the beginning of my college career, about every night, my Facebook friends would see a new political argument I was getting into with one of the MANY conservatives from my hometown. The day after Donald Trump was elected, I wore all black.

During the 2016 Presidential election, I got emotional at the polls, truly believing I was about to cast my vote for the first female president. Up until the November 7th date, I had volunteered countless hours with the Next Gen team on campus, registering students to vote and educating them on why they should be voting for candidates that care about our environment, like Hillary Clinton and Katie McGinty. Later that night, when it finally sunk in that Trump had won the presidential seat, I was devastated.

In a day and age where most of us have on- demand information literally at our fingertips, it’s hard not to be educated. Pick up your phone, sit down at a computer, or ask someone who’s into politics and learn about the people asking for your vote. One of the candidates will win whether you vote or not, even if they’re against what you believe. The corrupt politicians we see running in races are profiting on your inaction. As long as you stay uneducated or uninterested, they will keep winning. Our rights are at stake. We need to start acting like it.

The problems Millennials and Gen Zers face today are real. The average cost of tuition for a four-year public university has been hit with an approximate $220,000 increase since 1980. The average lifespan of Trans Women of color is around 35 years old because it is likely they will be murdered or commit suicide. Climate change is destroying our planet. We are on the verge of the next mass extinction among our wildlife. There’s still a wage gap between genders, and it worsens when we involve race. Women’s rights over our own bodies are being decided by old, white men that know nothing about us. Innocent black men and boys are being killed by police at an overwhelming rate. The United States’s current social injustices are real and conservatives refuse

If you ask the people that are closest to me, they’ll tell you I’m about as liberal as they come. I have “I’m With Her” and “Nasty Woman” stickers all over my sketchbook and a “Proud Feminist” pin on my backpack.

The younger generation is becoming more liberal or liberal-leaning as time goes on. We are the generation that can change the routine of electing corrupt and prejudiced leaders that end up. But we have to get out to the polls in order to do it.

Between presidential elections, it can be so easy for some of us to forget the importance of our votes. Local and State elections happen every year on the first Tuesday in November, but much less people care or even care to know about them. I am guilty myself. On at least one or two occasions since I’ve turned voting age, I’ve shown up to polls with no knowledge of the candidates, and submitted a guilt-ridden, automatic All-Democrat ballot.

In 2016, Hillary Clinton received 65,853,514 votes and Donald Trump received 62,984,828. That year, there were an estimated over 250 million voting aged individuals only a 55.5% turnout, meaning over 111 million of them didn’t vote at all. Over 111 million people didn’t think their vote mattered, and we’ve had to deal with the era of Trump and the Republicans for going on 3 years because of it.

Please, for your own sake, get out to vote this year. Our lives depend on it.