CalTimes/CUTV Exclusive Series: Where Are They Now? 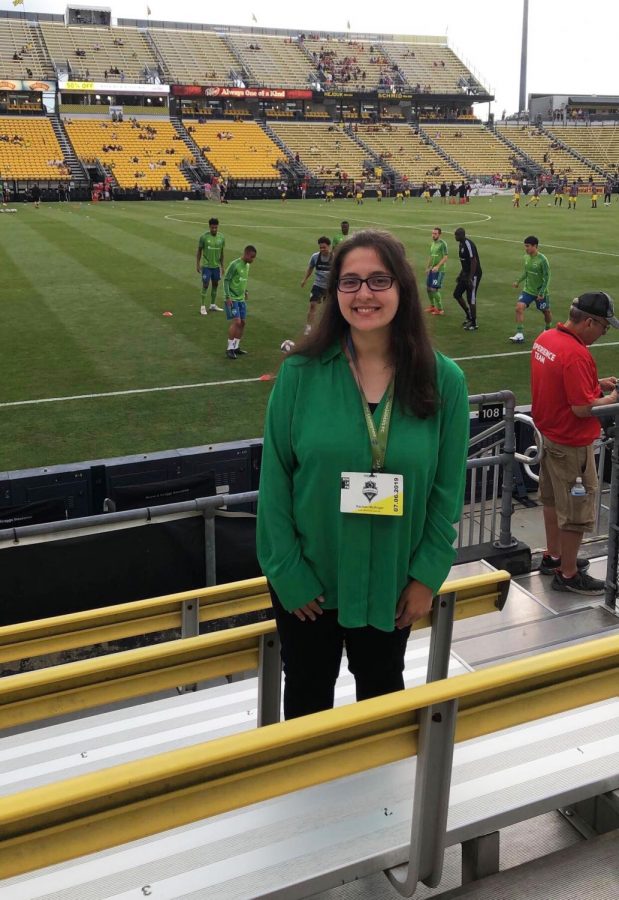 I remember the first time I really watched a soccer game. No, not like watching and cheering for my favorite team. I mean really watching, analyzing and seeing what was happening with the players: how they were moving, what type of passes they were making and seeing the saves Tim Howard was blocking.

It was the 2010 FIFA World Cup, hosted in South Africa. The match was the U.S. Men’s National Team against Ghana, a fierce opponent from Africa. I was watching Clint Dempsey like he was under a microscope. I was watching Tim Howard dive left and right. In the midfield, Michael Bradley was connecting passes like a genius. The runs that Landon Donovan were not easy to break down – which is exactly how he played: hard. It was then, during that World Cup, that I knew soccer was going to be in my life no matter what. I loved to play the sport, but life interfered in high school. I wanted a job, to make some cash and take on responsibility. I didn’t have the time to fully be part of a team.

But I continued to watch and study soccer. I studied the U.S. Women’s National Team the next year, when they made it to the final of the 2011 FIFA Women’s World Cup. I watched Hope Solo deny teams like Germany, Sweden and, of course, stay sturdy in net against Japan, despite losing the final. My favorite players to watch was Shannon Boxx, who was so tactically good in the midfield. When I was just a teenager in 2010 and 2011, watching those World Cup solidified that sports was going to be in my life, soccer specifically. When I was in high school, I knew what I wanted to do with my life, which was rare. I wanted to be a sports journalist. Now, in 2019, I get to live that dream, graciously. But, here’s the catch. Being a sports journalist isn’t even my 9-5 job. I’m grateful to be a sports journalist — I’ll get to that in a moment — but a slim margin is paid in soccer reporting. The sport isn’t one of the “big four” in the United States. There’s some catching up to do, especially in the women’s game. So, I needed job security.

After college, I was struggling with a decision on staying in newspapers or moving on to digital or marketing. It was really hard to grasp not working in newspapers anymore; my first job was in Uniontown, at the Herald Standard, as a copy editor. It was truly my favorite job. I loved layout about the same as I loved writing and photography. Losing that job was tremendously hard when the layoffs came around.

But, I found job security a few tedious, stressful months after I graduated from California Univ. of PA in May 2018. I earned a marketing job as a creative copywriter for DICK’S Sporting Goods, at the corporate office in Coraopolis, Pa. The job is fantastic, but what’s even better is the 10-minute commute from my house and the people I work with on our Pro Tips team. I’m celebrating my one-year with DICK’S on Nov. 5 and hope to have many more years with the company. But, that’s not what I want to focus on right now — as much as I love DICK’S Sporting Goods. I want to talk about being a sports reporter.

I’m not going to sugarcoat it. It’s a tough hurdle to jump over and it’s a long, long sprint. Most of the jobs are either unpaid or severely underpaid. But, the work is what really matters. I love working with soccer, because it’s such an underdog sport. The coverage is growing and eyes are turning on the leagues: Major League Soccer and the National Women’s Soccer League. I’ve been with Last Word on Soccer as a writer for two years. A year ago, I was brought on to be an editor for the site. I began coverage for the NWSL on the site, and take the role as the lead USWNT writer. Then, there’s the Equalizer, where I serve as a social media contributor and writer. To take a moment to brag, the Equalizer is one of the top go-to sites for women’s soccer. I’ve had a few pieces published on the site and, trust me, I put in LONG hours during this summer’s Women’s World Cup.

But reward has been tremendous. As I wrote this article, I was on a plane, flying back from Cary, North Carolina. I had just wrapped up an exciting weekend of being on the ground and live for the NWSL Championship between the visiting Chicago Red Stars and the North Carolina Courage. Being live, doing media day and interviewing players that I grew up watching (like Heather O’Reilly, one of the greatest of all-time), was a humbling experience. It was an amazing experience and one I will truly never forget.

Being the editor-in-chief of the Cal Times really set me up for these opportunities. I was lucky to serve in the position for two-straight years. There’s not many students that can say they did that. My first mentor, José Negron, still continues to mentor me, and I have to give him a huge thank you. Same with Jeff Helsel, who I gave a lot of – err – loving hardships to when I was at Cal. I also have to send my gratitude to Gary Smith, for getting me some time on air to call soccer and basketball games. Because of that, I am closing out my first season as an color commentator for the ACC Network and the Univ. of Pittsburgh women’s soccer team. Gary, CUTV and Pam Delverne are good people and made all of this possible.

My advice to students is to never, ever give up on your dreams, as cliché as it sounds. I can’t tell you how many people told me that I would never be able to do the things I’m doing now. And trust me, if you want to get into sports journalism, you will be juggling a lot and wearing a ton of different hats.

But trust me, you will never want to say no to a great opportunity.