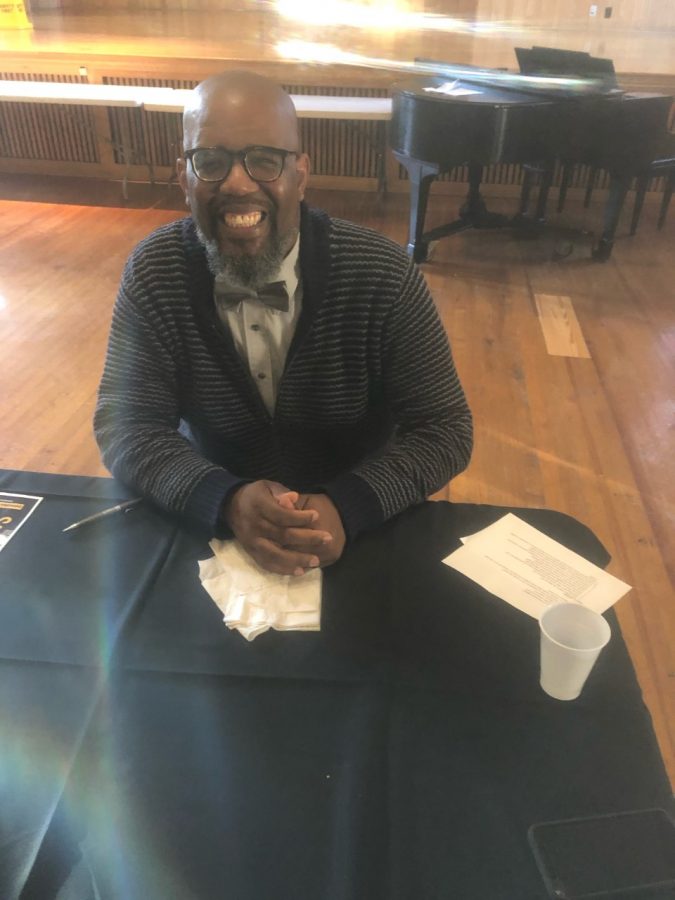 On October 10th at Cal U in Old Main Chapel had its own alumni Brian C. Johnson come back to this university to host a book reading. The event was hosted by Anthony Carlisle, a current professor at Cal U and colleague of Brian C Johnson. Brian C. Johnson author of his new novel Send Judah First: The Erased Life of an Enslaved Soul. Discusses why he wrote the book, what the book meant to him, and even reads a chapter out loud to the audience.

It’s been over 25 years since Brian C Johnson gradtued and he calls it “surreal” while being back for his book reading.

“I never Imaginged making it through.”

He says when desrcibing some of his tough times at Cal U. He gives thanks to President Jones and god in help contrubting to making it through college. He also desribes the lack of diveristy as one of the struggles he had to overcome while attending Cal.

The book Sending Judah First: The Erased Life of an Enslaved soul is a slave narrative about a young girl named Judah in the 1800s that is kidnapped from her african village during a raid and is sold into slavery. He often stated how he feels that Judah is apart of him. He also talked about imagining being in her position of constant abuse, labor, and trauma just to be written out of his history. He stated how he didnt want to do that to her.

“Slavery is not a name it is a title.”

He also talked about in the past creating field trips to plantaions and a common problem with students was getting them to understand the importance. He hopes to shed some light on information you thought you knew but didnt.

Sending Judah first: The Erased life of an enslaved soul can be bought on many sites including Amazon.