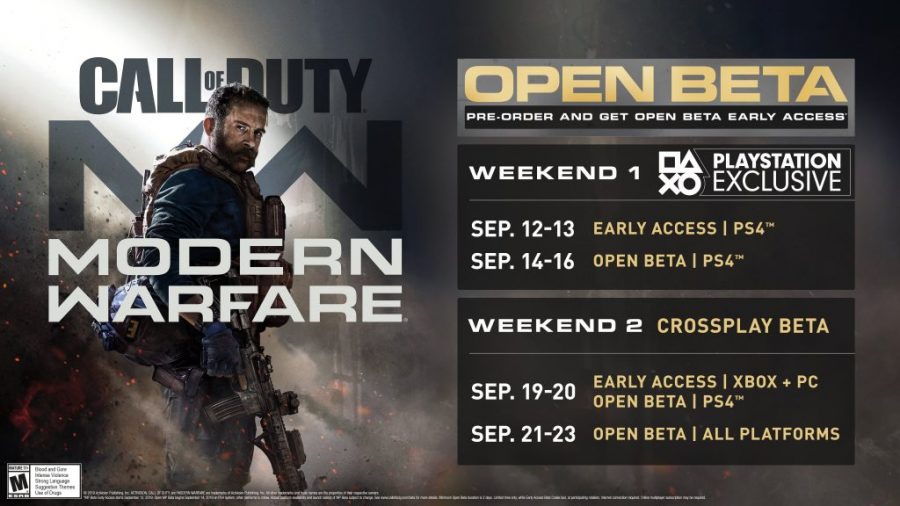 The Call of Duty: Modern Warfare beta kicked off its first weekend of early-release play on Thursday, September 19th and remained open until Monday, September 23rd. The opening weekend beta did not feature the highly anticipated cross-play feature to the franchise, but it did allow players the chance to jump back into the action and test out the game before its official release in late October. The 2v2 Gunfight mode made its debut to the public during opening weekend of the beta and received a rather positive response from players, being noted as a nostalgic mode that brings Call of Duty back to its original roots.

Weekend two of the online beta began on September 20thand ended on Monday, September 23rd, providing fans with the last taste of the game for over a month. Despite this being the last playthrough before the game’s release, weekend two brought with it the introduction of cross-play to the franchise, allowing players on any system the ability to join forces and hit the battlefield.

Other modes for play during its second weekend of open beta included the 32v32 Ground War mode where teams of 32 duke it out on a large-scale map featuring vehicles and other methods of mass destruction.

Two full weekends of action-packed gameplay may not be enough to fully make a conclusion about the success of the newest CoD game to hit the stores, but it has provided enough insight to identify things that developers should tweak before the game is officially released to the public.

Many complaints following the beta revolve around the game’s spawning system. Typically, it is common for players to respawn near their remaining teammates. Yet, the spawning within Modern Warfare has seen several reports from players who state they are being spawned directly next to their opponents, resulting in them being insulting killed upon re-entering the battle.

Developers from Infinity Ward are aware of the spawning issues that many players have actively voiced and will hopefully make steps to improve this element of the game before it hits storefronts.

In recent years, Call of Duty has pursued a more futuristic approach throughout its games, offering a fast-paced and dystopian-like storyline to the well-known campaign mode. With the release of Black Ops 4 in late 2018, not only was the campaign mode completely eradicated, but the franchise began to pursue its role in the Battle Royale genre with the introduction of Blackout, a mode where 88 players could fight to their death to be the last man standing.

Many fans disliked the futuristic take on the game and have made several demands that the franchise return to its typical, first-person-shooter style it originally drew its success from.

With the rather poor performance of its predecessor, Modern Warfare will once again offer players the long-awaited opportunity to immerse themselves in a traditional take on the campaign mode of the game. The return of campaign mode does not mean that the focus will shift away from the beloved multiplayer modes. Players will still have the chance to compete against one another online in traditional multiplayer modes such as Team Deathmatch and Domination. As new multiplayer modes are introduced to the franchise, CoD developers seem to finally have an understanding of what their hard-core fan base wants to see.

Although my personal opinion on the game following the beta is still undetermined, both myself and the rest of the gaming community is interested to see how Call of Duty: Modern Warfare will perform following the full version release on October 25th.