Is it Safe to Test Products on Animals?

The harmful impacts of chemicals are killing our animals just to create a product. 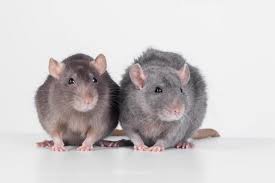 The next time you reach for your face cleanser or a makeup product, take a look at the ingredients section of the product. If the product does not say it is “cruelty free,” you should reconsider buying that product at the store next time you go shopping.

Animal testing is real – and it happens more often than you think. This terrible process usually occurs behind closed doors because it is often harmful to the animals. There isn’t a lot of publicity surrounding the topic because most people try to push it aside or act like it isn’t a big deal. However, there are innocent animals that are suffering without anyone hearing their yelps for help.

The most common animals who are tested on are rabbits, guinea pigs, rats, and mice. These helpless animals are kept in captivity for months – some even spend their lifetime being stuck in a cage. These animals are subject to a variety of tests, such as injections, toxic fumes, chemicals, and dissection experiments.

Why do scientists continue to test their poisonous toxins on animals when the product isn’t always guaranteed to work? This means that several rats could be tested for the same thing and receive the same, painful results. That is not fair to these animals. In addition to that, there are innocent animals who receive tests for certain products that will never make an appearance in public consumption. Furthermore, these animals are being forced to spend their lifetime being tested for products that may not even be shipped to stores. The scientists could change their mind and decide not to send the product out for advertisement. How is that fair to the animals? We need to stop using animals as something to play with and experiment on. These animals have thoughts, feelings, and emotions, and should be treated with nothing but kindness.

This process is also expensive. Think about the thousands of dollars spent on animals who are being tortured. Also, if the scientists decide to change one little ingredient in their product, they have to retest the product all over again. One simple change can result in more and more tests for these animals and more expenses as well.

One of the biggest problems I have with animal testing is that animals are not the same as humans. Even though they may function similar in some ways, they overall are very different. Animals may react differently than humans to a certain chemical or toxin. If we are using dangerous chemicals in products that result in the death of an animal, why would anyone even think of using that chemical for human usage?

Some common makeup products that most women probably use are tested on animals. For example, Benefit, Clinique, Estée Lauder, Maybelline, and even Victoria’s Secret are all tested on animals before being cleared for production. Who would have guessed that some of the trendiest brands are forcefully testing innocent animals with their money-making products.

People for the Ethical Treatment of Animals (PETA) are an organization which focuses on putting an end to the suffering of animals. PETA conducts research cruelty investigations, animal rescue, protest campaigns, and much more. If you are passionate about making sure that our animals are safe, you can donate to the PETA organization. After reading this article, I hope you double check which products you’re using to ensure our animals are kept safe and out of captivity.