The 91st Oscars dishes out surprise after surprise 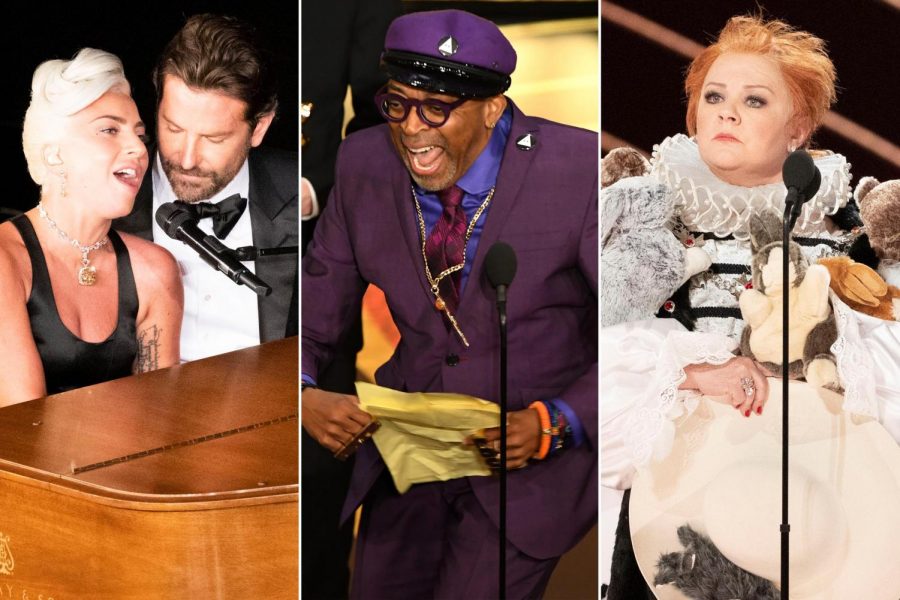 The 91st annual Academy Awards were once again held at the Dolby Theatre in Los Angeles, California, on Sunday February 24, 2019. This year’s Oscars was one for the record books. Many surprises kept emerging as the ceremony continued on throughout the night. Let’s take a moment to recap over the tremendous outfits, wins, appearances, and performances at the 2019 Academy Awards.

First off, the biggest surprise this year at the Oscars was there was no host. For probably the first time since its inception, there was no host to host this year’s Academy Awards. Comedian Kevin Hart was originally selected to be the host but dropped out a few days later after old homophobic tweets and comments from old stand-up routines resurfaced following his confirmation to host the award ceremony. Rumors went around that Hart would possibly make a U-turn about his decision of dropping out as host, but that obviously did not happen. Instead this year, the celebrities who presented awards acted as the host, but only for the few minutes they were on stage.

There were many wonderous moments that occurred this year at the 2019 Oscars. Some celebrities gave amazing speeches, like famed tennis player Serena Williams, stars spoke fast to thank everyone in their acceptance speeches, and there were definitely some mixed emotions to who won an Oscar that night. So let’s relive the wonderous moments from this year’s Academy Awards…

Best Actress in a Leading Role — Olivia Colman, The Favourite

Actress in a Supporting Role — Regina King, If Beale Street Could Talk