The Wall seems to be a far-off dream 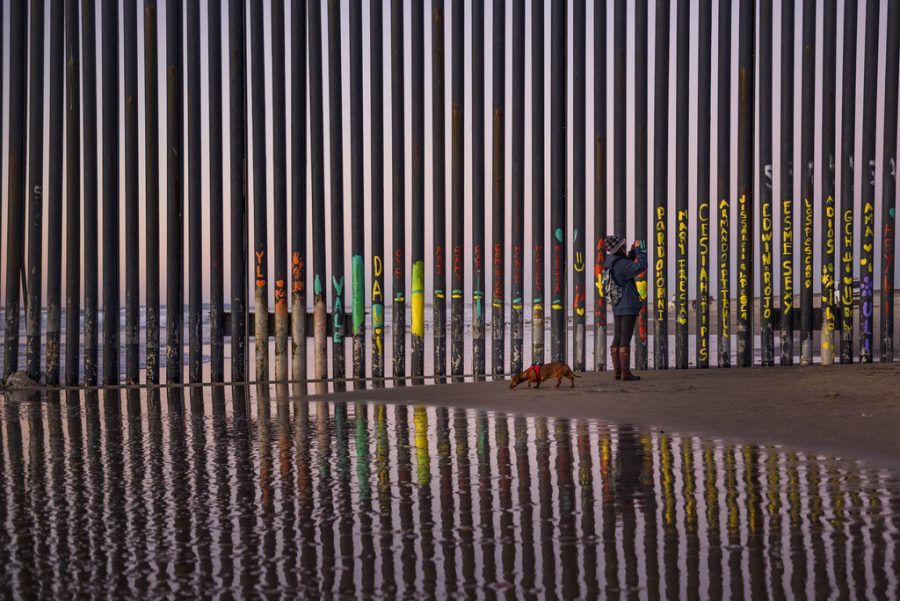 A Woman walking her dog takes a Photograpoh of the border fence that seperates San Diego, CA and Tijuana, Mexico

Amidst one of the most controversial government-shutdowns in recent history, a bill that has been creeping around the House for some time was called into question. On Jan. 19, President Donald Trump brought a bill into question that was his attempt to bring an end to the shut-down.

The president, looking for middle-ground between his desire for a border wall and desire to end the DACA program, proposed that the Dreamers, those protected under DACA, provide funding for the wall in order to keep their DACA-protections for another three years. However, the bill was destined to be dead-on-arrival.

Since 2017, the Trump administration promised to phase out the DACA program by 2020, putting the livelihoods of at least 800,000 people granted work-permits and protections from the DACA program. The decision was met by multiple lawsuits from different states and individual DACA recipients, but  was held up in court.

Now, due to the Supreme Court’s full schedule for the year, the matter is likely to not be addressed until 2020. President Trump has pushed the Supreme Court for a ruling, hoping that the added pressure would force Democrats to sign a deal to end the shutdown. The inaction of the courts, however, reduces his leverage in a border wall decision.

This is not the first time a Wall-for-DACA proposal was heard. In Feb. 2018, a group of bipartisan Senators proposed a bill that would pave the way for 2 million undocumented immigrants to be granted citizenship, as well as $25 million in border security. However, this was shot-down by the White House.

Despite a 5-4 conservative majority on the court, Democrats have less incentive to accept a three-year extension. They were quick to reject the proposal, and Nancy Pelosi, Speaker of the House, called it “a compilation of several previously rejected initiatives, each of which is unacceptable and in total, do not represent a good faith effort to restore certainty in people’s lives.” Senate Minority leader Chuck Schumer blamed Trump for taking away protections in the first place. Democrats are adamant on their position and won’t make any other decisions until the House passed Nancy Pelosi’s bill to extend Homeland Security funding into next month without funding for the wall, and the federal government would be released from the whole dispute.

In Dec. 2018, President Trump tweeted that he would proudly shut-down the government for border security and won’t back down from his wall-proposal, despite staunch resistance from Democrats. Now, he faces back-lash from his party and, according to a Pew Research Center Survey, 58 percent of American adults see the shut-down as a very serious problem and 61 percent don’t approve of President Trump’s negotiations.

Even as a temporary end to the shut-down begins, the issues that Trump and his opponents want to address remain that same, with positions ever solidifying. Trump still stands behind his wall, never faltering from his position, while Democrats continue to advocate for protections for undocumented immigrants in the country. Despite the temporary end to the shut-down, the battle-lines remain the same.