Magician comes and puts on show for Cal U Students 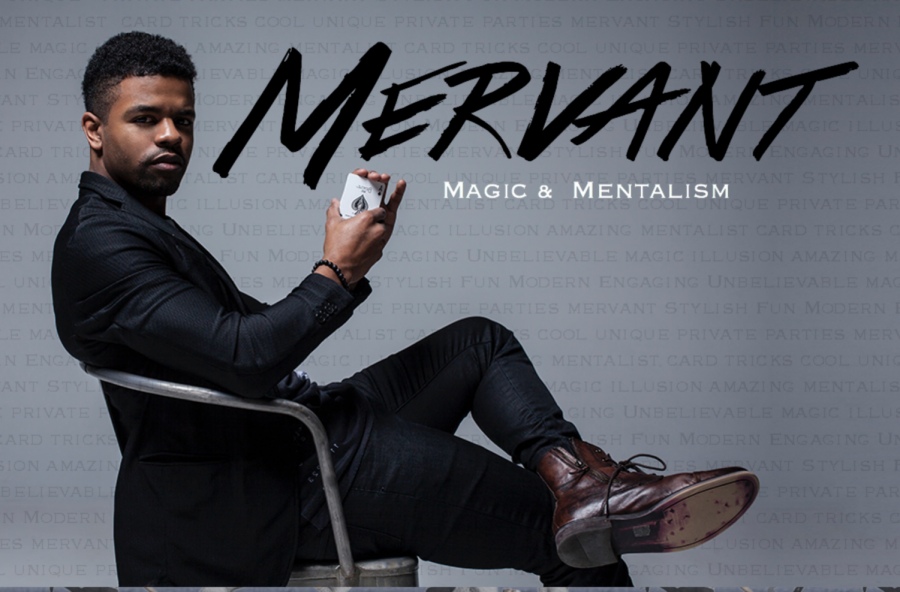 Early last week I had the pleasure of going to a magic show that was sponsored by the Student Activities Board. Mervant Vera came and blew students away with all his tricks varying from smashing cups with traffic spikes underneath them to solving multiple Rubik’s Cubes in under ten seconds.

At the beginning of the show he expressed how he wanted to be a basketball player when he was younger and how he even wanted to have his own shoe line. This was a very solid transition into one of his first routines as he had a student up on stage designing a shoe for him. Little did that student know Vera had a shoe of the same design incorporated into his act.

He made it a goal to get a lot of the students involved throughout his performance whether it was choosing pages of an old novel or picking numbers for a lotto ticket routine I’m sure those in attendance had lots of fun. He even had one student absolutely petrified as he volunteered him to smash the cups that possibly had a road spike underneath them. Lucky for that student Vera removed the road spike when the student was not looking.

My personal favorite trick was what he did with an old can of cherry Coke by hitting all the dents out of the can and somehow refilling and resealing the can. Vera is from Philadelphia and is a graduate of East Stroudsburg University. Vera said in his show that he got his start with magic while in high school. Vera even admitted that he used to be a very awkward person until he started using magic as an outlet to express himself.

I think what makes Vera’s routines so interesting is that he doesn’t want to do it all himself. He had several student assistants throughout his show and it looked like they had a blast. I was only volunteered to test whether or not a road spike was sharp and was it ever sharp.

Mervant’s show was a very solid introduction to magic for me and I hope the Student Activities Board has Mervant or someone similar back soon.