Cal U Theatre opens season with ‘An Evening of Creative Works’ 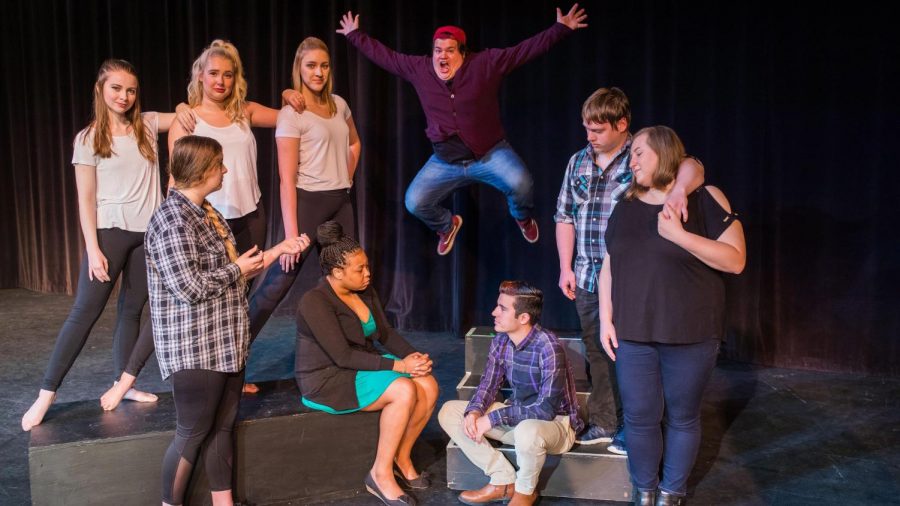 The season is officially kicking off for Cal U’s Theatre department. Tonight is the opening night of ‘An Evening of Creative Works’ which features four different student created pieces.

‘Lasciare Suonare’ is an original play written by Alyssa Freeman, a junior majoring in Theatre, and staged by Dr. Michele Pagen, the chair of the Theatre Department. This is the second piece Freeman has wrote after she debuted her work during last semester’s Creative Works with ‘Bobby’s Ballet Lesson’.

Continuing the serious theme of the night, sophomore Theatre and Psychology major Mollie Ehrlichman, performs her own piece called ‘Requiem For the Lost’. This piece features the usage of strobe lighting and covers the topic of substance abuse.

To end the night, senior Theatre major Jeshua Myers, lightens the mood with his stand-up comedy sketch ‘How Did I Get Here? Wait, Where Am I?’. Myers spent part of the summer studying and developing his passion for improvisation in Chicago.

‘An Evening of Creative Works’ runs October 4-5 at 7 p.m. and on October 6 at 2 p.m. and 7 p.m in the Blaney Theatre. Subject matter may not be suitable for younger patrons.