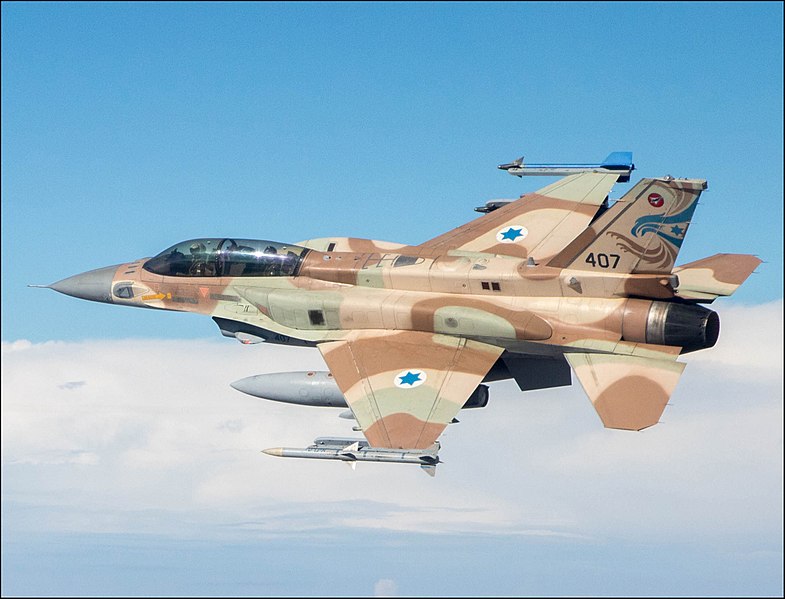 The morning of Feb. 10 was rocked by the conflict between Israeli Air-Space Forces and Syrian forces under Bashar Al- Assad’s rule. Assad was supported the Islamic Revolutionary Guard, a branch of Iran’s military forces dedicated to protecting the country’s Islamic Republic System from foreign interference.

A drone operated by the IRGC was shot down in Israeli airspace at 4 a.m. About an hour later, multiple Israeli F-16Is and F-15I aircraft were scrambled for an attack against Iranian military targets in Syria, including T-4/ Tiyas air base in the center of the country. The bombers and fighters dropped their payloads and laid waste most of their targets. Following the airstrike, social-media in Lebanon and Syria showed Assad’s’ air-defenses firing surface-to-air missiles in retaliation. Minutes after the counter-attack, an Israeli F-16I crashed in northern Israel from being hit by a Syrian SAM missile.

The ISAF launched a second airstrike around 8:45 a.m. against multiple air-defenses around the Syrian capital, including the IRGC/Hezbollah Headquarters and the Ba’ath Party headquarters. Assad’s forces responded with a second wave of SAM missiles. By 9 a.m. the airstrikes stopped.

Iranian aggression, through Syria, shows how much influence Iran has on its neighbor. Multiple IRGC personnel are deployed in military bases in Syria, and Iran established and supports multiple militias they trained in Syria. Along with military support, Iran brings new technology into Syria that is utilized for espionage. The expansion of Iran’s militant force into Syria, and multiple neighboring countries, to resist their rivals’ forces is, what the Libyan newspaper Al-Zahf Al-Akhdar call the “Axis of Resistance.”

Iranian leaders are open about the “resistance” and their plans to establish it further to prevent Israeli influence and US hegemony. As opposed to direct military conflict, Iran’s goal is to deepen ties with local forces with similar goals and benefit from finance and expertise. This creates a problem for their rivals, Israel, Saudi Arabia and the US, who are failing to develop methods to combat this strategy.

In Syria the evidence is clear. In addition to T-4/Tiyas air base, three other military bases, Al-Shayrat airfield, Kiswah base and a compound near Damascus airport, are in Syria that act as tactical bases for Iranian forces and their militia allies. Iran’s model is similar to when they helped establish of Hezbollah in Lebanon during the 1980’s. In Iraq, multiple militia groups are sponsored by Iran, while the Iranians get closer to Iraqi economics and politics.

The main focus of the US is the access these militant groups have to extremely destructive weapons through Iranian support, according to Lt. Gen. H.R. McMaster, president Trump’s national security advisor. At a security conference in Munich, he said, “So the time is now, we think, to act out against Iran.”

At the same conference, Prime Minister Benjamin Netanyahu warned Iran to not test Israel’s resolve. He pledged that Israel would retaliate not only against Iran, but its proxies as well.

Both Israel and Iran have said that they do not want to resort to warfare, but as Iran continues to establish their influence and presence in surrounding countries, the greater the pressure felt by Israel to take a preemptive air-strike.

What will the action taken by the United States look like? President Trump’s support for Israel is well-known, but what kind of support can we offer? Direct military support would give cause for Iran to declare war, which is not desired by any country on either side. Is this even a cause for the United States to be militarily involved in?

The only option at the moment is to analyze and understand, in order to make the next move the best one.