Video Game Review: Life Is Strange (Before The Storm) 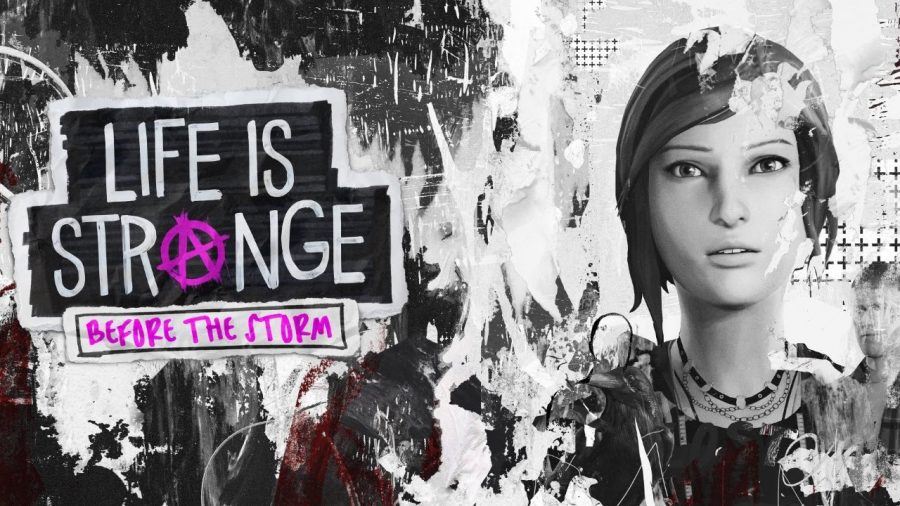 If you haven’t played either game, I do not suggest reading any further. You have been warned.

Before the Storm takes place three years prior to Life is Strange, and focuses on a sixteen-year-old Chloe Price. While trying to cope with the death of her father and other personal issues, she befriends the enigmatic Rachel Amber.

This sets off a chain of events that not only brings the two closer together, but changes their lives forever.

The game is comprised of three episodes: Awake, Brave New World and Hell is Empty. While each is good in its own way, they have their flaws. The most common issue throughout is cringe-worthy/angsty dialogue that may make you roll your eyes at times.

Another issue was the lack of the “backtalk” mechanic that was introduced in the game. This was a risk and reward conversation mode that allowed players to try and help Chloe get her way. It could have created some interesting situations during gameplay if it was used more.

Most of the problems I had were in episode three. Despite a couple intense scenes, the gameplay was extremely slow for a concluding episode. You also get to make only two major choices, which don’t have a lot of impact on the ending.

It also separates Chloe and Rachel for most of the episode. Chloe is left to do almost everything on her own, with her interactions with Rachel being limited due to the latter being put in the hospital.

But the biggest controversy about Hell is Empty is the after-credits scene. It shows Rachel’s phone on a table while a camera can be heard going off in the background. Fans were quick to realize that it was in the Dark Room, where she was killed by Nathan Prescott after Before the Storm and before Life is Strange.

Personally, I was torn after watching it; most fans already knew Rachel’s fate, but it felt like an unnecessary shot to the heart after an already emotional ending.

Besides those problems, there were many reasons why I loved the game so much, starting with the graphics and music.

Much like Life is Strange, Before the Storm’s environment was beautifully rendered and once again brought Arcadia Bay to life. The developers at Deck Nine also made the excellent choice of recruiting Daughter to create the official soundtrack. Every piece of music fit perfectly throughout the game, never once sounding out of place and consistently conveying the emotion in each scene.

Another great part about the game is the storytelling. The Life is Strange series has such a strong following because it creates characters that players can easily get attached to.

Rhianna DeVries and Kylie Brown give exceptional performances as Chloe and Rachel. They have this undeniable chemistry that draws the player in and keeps them invested in both girls throughout the game. I thoroughly enjoyed their work and how they poured their hearts into both characters.

This is why my favorite episode of the game was Brave New World, because it’s where I feel the most character development takes place. The best example is the Tempest scene, which is one of the most emotional and touching between Chloe and Rachel (besides the kissing scene).

The developers are also not afraid of addressing topics that others wouldn’t go near, such as death and loss, drug use, sexuality and more. Before the Storm’s focus is on two main issues almost everyone deals with at some point. The first is coming to the realization that some people you may consider to be perfect really aren’t.

In Rachel’s case, this is realizing that her father isn’t the man she admired growing up. While all he wants to do is protect her, the lengths he goes to do so is rather questionable.

The other issue focuses on the fine line between telling the truth and hiding something to protect someone you love. Chloe must deal with this at the end of Hell is Empty; either she tells Rachel the truth about her father or lies to protect her from further harm.

She also questions if her own father had ever lied to protect her; however, his ghost reminds her that his death prohibits her from ever discovering the truth.

While you may have the best intentions in trying to protect someone, lying may end up hurting them more in the long run. Like my favorite artist Halsey said, “The truth hurts, but secrets kill.”

I also liked how the developers changed the way you had to make choices in the game. Gone is the time-travel aspect from Life is Strange, adding more weight to every decision you make. There’s no going back this time, so you have to choose wisely.

Just like in real life, every choice you make has consequences. Words have the power to either heal someone or destroy them. Getting rid of being able to go back and change your decision made the game feel even more real.

I will say this: if you like happy-go-lucky games, then the Life is Strange series is not for you. Both serve as reminders that life doesn’t always have happy endings. But if you enjoy compelling story-based games that make you think about real issues, then you need to play them.

Just be prepared to shed a few tears here and there!

Overall, despite its flaws, I thoroughly enjoyed playing Before the Storm. Its story and characters were just as good, if not better, than those in Life is Strange, and definitely more emotional.

I would highly recommend it to any gamers looking for something fresh and new to play.