What to take away from Student Convocation 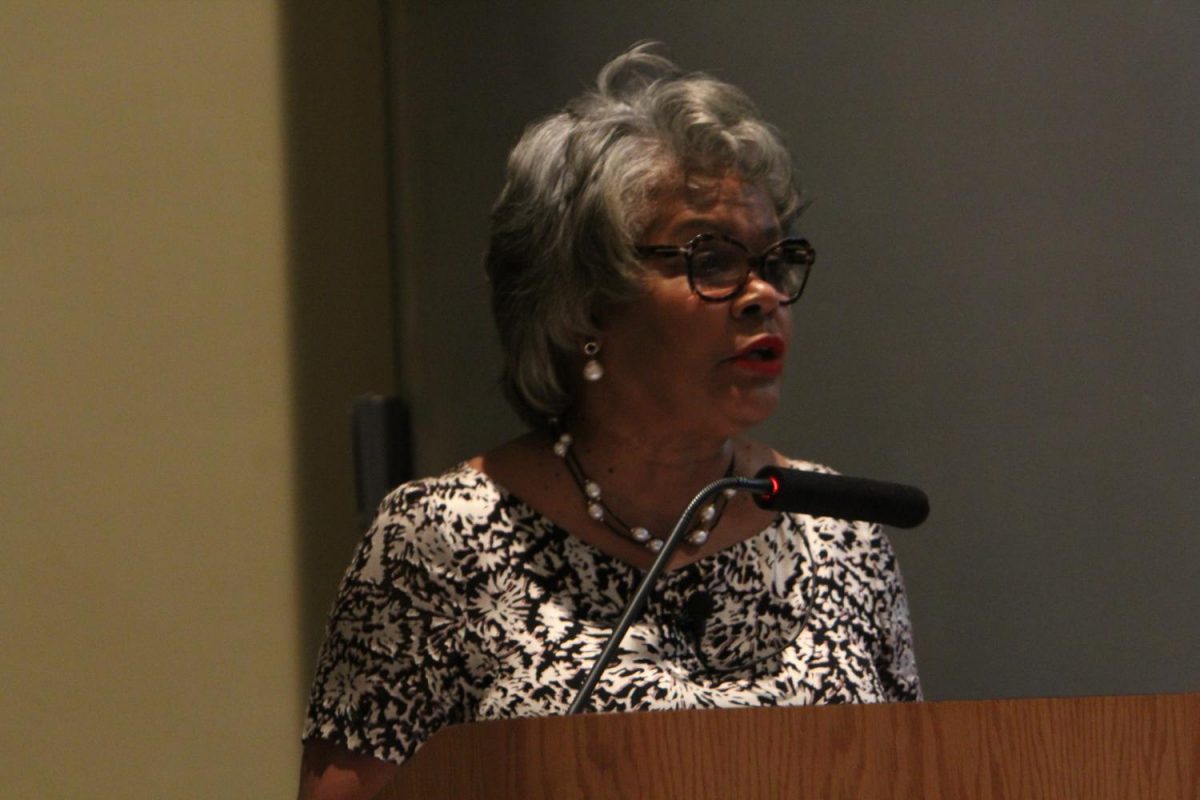 Hershey began by informing students on the update in student conduct, previewing the tentative homecoming week schedule and letting students know that there are community assistant positions open for the spring 2018 semester.

Following that, Hershey played a promotional video for the It’s On Us campaign that California University of Pennsylvania will be taking part in again this semester.

President Geraldine Jones addressed those in attendance on the state of our university stating that there are five major points that put Cal U into great standing. Those five points being that Cal U is academically strong, financially stable, our campus is changing, enrollment is rising and student success is continuing to be supported.

In regards to being academically strong, Jones highlighted Cal U’s strength in the Science, Technology, Engineering and Mathematics fields. She also pointed out that new courses are being added, such as courses on drone technology.

A relief to many students came as they heard that Cal U is financially stable.

Jones stated that Cal U had a balanced budget without having to dip into any reserves this past year and it is projected to be the same case next year as well. It was also pointed out that housing costs are the same at 2016 so that has not seen an increase in cost.

Many students may have noticed the construction that has begun on campus which is a part of the changes that will be noticeable throughout the year. Coover Hall is currently undergoing renovations and will reopen in 2019.

The New Science building will also be seeing renovations as the year progresses. Both of those building’s renovations are being financed through the State Department of General Services.

Alongside of building renovations, Cal U’s campus will feature a solar powered charging station right outside of Manderino Library for students to be able to sit outside and work diligently beginning on Oct. 9. Hammock stations are being created in the lawn outside of Guesman Hall this year and are projected be added to the lawn between Carter Hall and Smith Hall next year.

After the scare over the possibilities of universities closing or being forced to merge, Jones was happy to announce that enrollment is rising at Cal U. This year enrollment has risen 3.1 percent higher than last fall. The large incoming freshman class hosts students from 52 counties and 15 states.

Jones wrapped up a successful Student Convocation by reminding students to utilize student success resources such as Noss Hall and Starfish and that students can borrow a variety of recreational gear from Herron Hall’s Fitness Center.

She also encouraged students to make the trip on the spirit bus to this year’s annual Coal Bowl, which is being broadcasted on ESPN3, at IUP on Oct. 7.

The next opportunity to bring up any questions, comment or concerns to President Jones will be on Nov. 14 at Campus Talk.