NFL Draft: Who goes first, who waits their turn 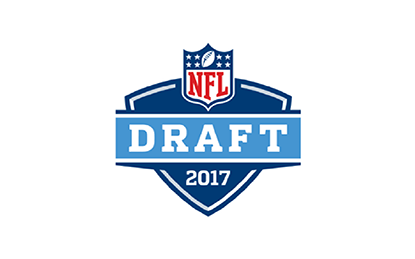 For many fans, supporters, and football lovers across the nation, a sigh of relief will be let go, as major sports networks will begin to use football lingo on TV once again. With the NFL draft upon us, and the 2017-18 schedule already released, football on Sunday’s is just around the corner.

As many fans are excited to see how their teams do this season, the front offices for all 32 teams are just as ready to revamp the lineup. Many pre-draft trades and moves have shaked up team needs, along with how much money teams can spend on their rookie contracts.

The seemingly largest amount of players that teams have the ability to sift through are defensive players, along with the occasional wide receiver making their presence known. Names such as Myles Garrett, Jonathan Allen, and Solomon Thomas have captured the attention of not only NFL analysts, but also teams around the league.

Analysts around the country believe that seven of the top 10 selections will be defensive players, but players that will have immediate impacts for their teams.

Sitting at the number 1 spot of the draft, the Cleveland Browns are likely to select Myles Garrett, pending a front office collapse. Although the Browns need a slight bump in their defense, altering opinions believe that Mitch Trubisky would also be a valuable pickup for the struggling team. Holding the number 1 and the number 12 position for the draft, the Browns are likely to choose a player from each side of the ball when they go on the clock.

The number two spot is always a draw for teams who don’t mind giving up either a player or pick in the future years, and that is exactly what the 49ers are hoping for. As it stands now, LSU Safety, Jamal Adams will be headed to the Bay Area, where the 49ers could definitely utilize his leadership and skill as a box safety. Adams may lack size, but his ability to shut down receivers in the SEC definitely boosts his draft stock.

The Chicago Bears have been constantly dropping corner backs over the past few week, leading many to believe that the Bears will go after CB talent, Marshon Lattimore. The only worrying sign for the former Buckeye, is his hamstring issues. Lattimore’s first year with Ohio State was spent as a redshirt, however, his first campaign with the team was cut short due to a hamstring issue. In his first full season with OSU, Lattimore earned first team All-Big Ten mentions against some of the top tier offenses in the nation.

With the first offensive selection in the 2017 NFL Draft, the Jacksonville Jaguars select…Leonard Fournette. Many critics will argue this claim, due to the fact that protecting Blake Bortles should be the main concern for the Jags, however, I believe this is a solid choice. Not only will you get one of the strongest runners in all of D1 football, you will also get an above-average sized talent who can block, along with getting open in the flat. A defensive linemen will certainly gain the attention of the Jaguars at this point, especially with Solomon Thomas still on the board.

Rounding out the debatable top five selections, Malik Hooker, yet another Buckeye will solidify his spot in the NFL Draft. The Tennessee Titans will be getting an added boost with the talent from New Castle, PA. After having to return to Indianapolis for a pre-draft health exam on his hip, NFL executives can breathe normally again, after the prognosis went well. Suiting up for the Titans after being tagged as a 3-star talent coming out of high school, Hooker would let all of the critics know how talented he is at the next level. The Titans are a relatively needy organization, after going 9-7 this past season. With a talent like Hooker, a few ball games could go their way due to the ball-hawking skills, and overall athleticism that he shows on the field.

Just like the NFL Draft, this article was meant to entice and evoke the passionate emotions that all football fans feel, when anticipating the sports resurgence. Be sure to watch the draft on the NFL Network, ESPN, and ESPN Deportes for the latest happenings from April 27th-29th.