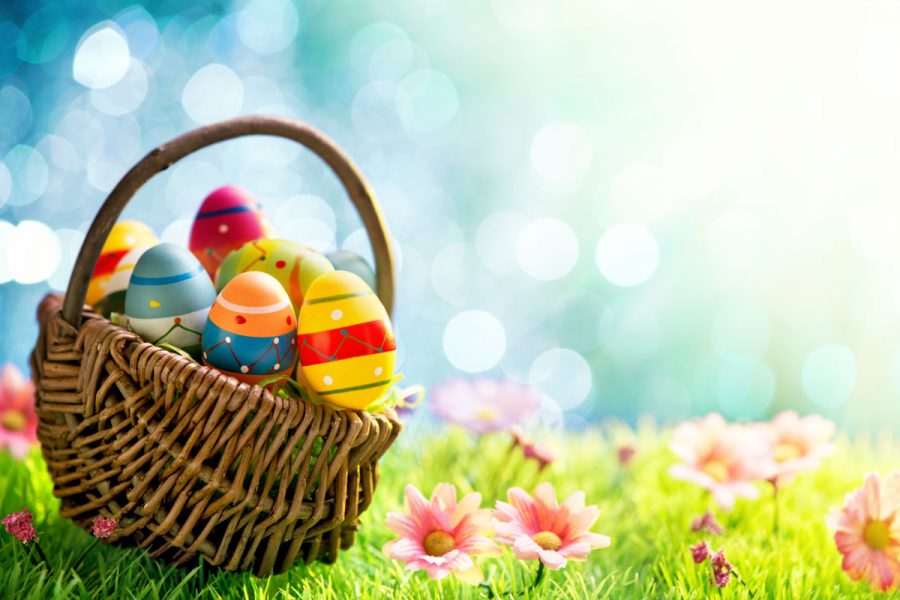 On Tuesday morning, the Student Activities Board hosted their annual Egg-streme Egg Hunt in front of Steele Hall, accompanied by WCAL who played music throughout the event.

Daytime Chair, McKena Dunn, was in charge of the organization and execution of the event this year.

“The egg-streme egg hunt was the biggest event I have done thus far,” explained Dunn. “It took a lot planning and once students saw the prizes they were so excited it was like they were kids again. The students were literally running to search for eggs. A lot of people left with some awesome prizes. I think they really enjoyed looking for the eggs and for those who won, enjoyed receiving their prizes. This is something no other campus does and it is unique here at Cal. It is something I am happy to help make happen on this campus!”

Weather was a concern for the egg hunt this morning but despite a few strong wind gusts, the storms held off and students were able to take a shot at finding an egg that would win them a prize.

There were four different quadrants that had eggs hidden in them. The quadrants were next to Steele Hall, in front of Keystone Hall, on the Guesman Hall hill and in front of the Convocation Center.

Inside of each quadrant was a golden egg that could be redeemed for a Polaroid camera, a $100 Wal-Mart gift card, Bluetooth speaker or a printer depending which section the participants chose to hunt in.

Each quadrant also had a specific color of egg that would guarantee a prize for the person who found it. Prizes consisted of Pirates tickets that were donated by SAI, movie baskets, adult coloring books and a variety of gift cards.

This event was open to all students and provided those who participated with a nostalgic and fun way to get in the Easter spirit while being able to win some cool prizes.

The next on-campus SAB event will be Campus Feud

on April 27th at 7pm in the Vulcan Theater.