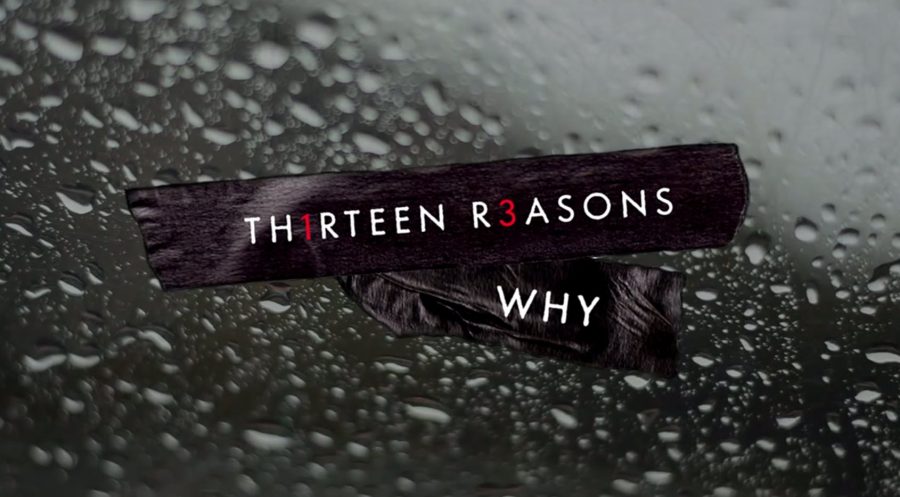 After a long wait full of advertisements and promotional videos, Netflix released the highly anticipated new show called ‘Thirteen Reasons Why’ on March 31. This Netflix series is based off of the book originally written by Jay Asher in 2007. The series is currently rated a 9.1 out of 10 on IMDb.

IMDb provides this story-line for those who have yet to tune in,

“Thirteen Reasons Why, based on the best-selling books by Jay Asher, follows teenager Clay Jensen (Dylan Minnette) as he returns home from school to find a mysterious box with his name on it lying on his porch. Inside he discovers a group of cassette tapes recorded by Hannah Baker (Katherine Langford) – his classmate and crush -who tragically committed suicide two weeks earlier. On tape, Hannah unfolds an emotional audio diary, detailing the thirteen reasons why she decided to end her life. Through Hannah and Clay’s dual narratives, Thirteen Reasons Why weaves an intricate and heartrending story of confusion and desperation that will deeply affect viewers”

Since its release, ‘Thirteen Reasons Why’ has gained quite a following and has taken various social media platforms by storm. Many viewers have become attached to the characters resulting in various tweets, Tumblr posts and fan theories being created (view below). 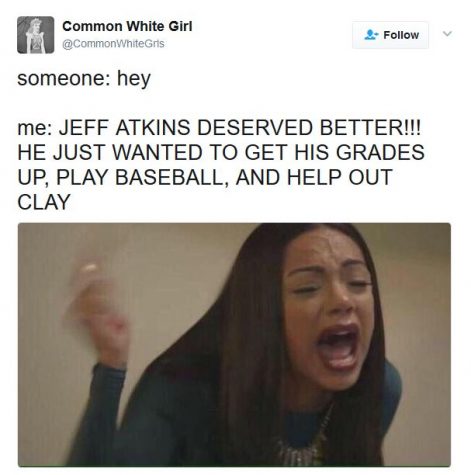 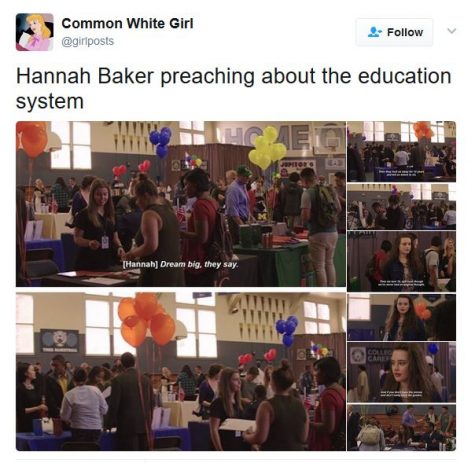 The series is directed and produced by a variety of people, all providing a different perspective on how the episodes would be played. Each episode follows every traumatizing moment that Hannah Baker had to live through in such a short time span. This series really makes the audience think about how every action has a ripple effect.

Suicide is never an easy topic and the grieving process that comes after one has occurred is even more challenging. ‘Thirteen Reasons Why’ provides insight to a variety of ways that people cope and grieve, even though for some of the characters it isn’t for the best reasons.

The series is an emotional roller-coaster that makes you want to hear every tape that Hannah Baker recorded. This isn’t easy to watch and it isn’t supposed to be easy as Hannah Baker states when Clay first begins listening to the tapes.

So adjust whatever device you’re going to use to watch this series and listen to every tape, both sides, in order because that is what Hannah Baker wanted and doesn’t she deserve at least that?