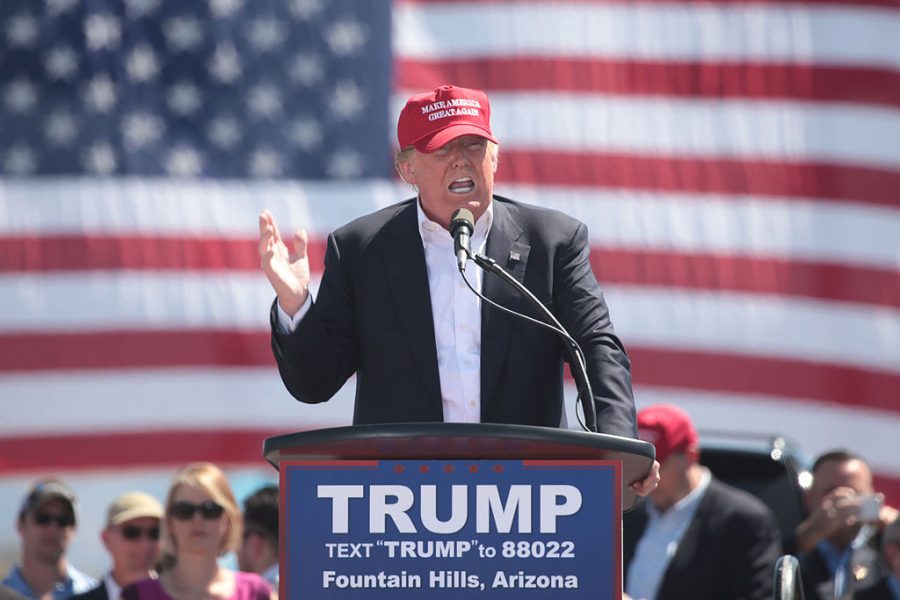 President Donald Trump had the media running a muck after a recent Florida rally, where he outlined the global backfire from high-density migrant importations over the course of the last year, specifically touching on the country of Sweden.

“You look at what’s happening – last night in Sweden. Sweden. Who would believe this? Sweden. They took in large numbers (of migrants), they’re having problems like they never thought possible,” Trump outlined strenuously before a crowd of nearly ten thousand.

Hearing this sentiment, the media took off in several different directions. Some outlets, such as CNN and the New York Times, claimed that he “cited a nonexistent terror attack”, while others scrambled over a lack of context from the president.

Since the rally and the media’s response, not much more topical reporting of Trump’s comment has been seen. However, there has indeed been a noticeable uptick in reports on Sweden’s major internal issues surrounding the country’s immigration system and refugee program, leading some to believe that Trump was “playing 3D chess” with the media, basically giving them no choice but to cover the fallout coordinated with his statements on the country.

Though smoke and mirrors are still present, the media has covered a good majority of the apparent blow-back from mass immigration and refugee intake, without of course directly coming out and addressing it as such – but to what degree?

The truth is, Sweden has faced very little scrutiny for its actions thus far. Now considered by many to be the “rape capital of Europe”, nearly topping all latest reports with the second-highest percentage of rape in the world, only surpassed by Southern African state, Lesotho.

The Gatestone Institute has reported that over a forty year course following a major Swedish parliament decision to lift many major border restrictions, there was a jaw-dropping 1,472 percent increase in reported rapes among citizens and a 300 percent increase in violent crime, annually.

In 2012, it was found that there were a definitive 66.5 cases of rape reported per 100,000 people, nearly triple that of the United States, and those figures have spiked significantly following refugee inflow, reports show; especially in 2015.

One notable case, for instance, was the result of Swedish leaders downplaying a serious system of vetting when bringing in immigrants, pinning those who advocated for one “racist” while overlooking factors as simple as a legitimate source of migrants’ ages and names. This led many migrants to lie about their ages in order to enter the country, as children are prioritized over adults, and some to use these faux identities to mask crimes committed later.

One of these individuals, Guled Mohamud of Somalia, entered claiming he was below 18-years-old, and was later convicted for raping who he claimed was a fifteen-year old girlfriend of his (keeping in mind that 15 is the legal age of consent in Sweden). The girl turned out to be twelve-years of age, and Mohamud, who was nearly 30-years-old in reality, received a mere 180 hours of community service as a result.

There has also been a rise in gang rape; some brutal. One case included a 30-year-old Swedish woman taken to a refugee housing project in the small town of Mariannelund, Sweden, where she was imprisoned before being raped repeatedly by eight men during her time there. This situation, again, is one of many that have been shifted out of focus by Swedish representatives due to fear of scrutiny from the international community.

Sweden and Swedish media even outlined after President Trump’s statements that migrants are not responsible for this epidemic, though most research data shows otherwise. The country and its press have returned to their silence on the issue since.

One question that many critics are asking of this situation: where has the American media been, and why were they so incredibly critical of the President when he shined light on a growing issue in Western Europe?

Though speculation is widespread, there is no exact answer. One thing that cannot be denied, though, is the push to establish pure national sovereignty among nations once again in the Western world. The election of Donald Trump, Brexit, the Italian referendum, and rise of other populist leaders like Marine Le Pen in France and Geert Wilders in the Netherlands greatly support that idea – especially in the wake of growing terror and crime, if current research data is precise.

Whether or not mass migration is to blame is an active topic of debate today, worldwide. Perhaps further statistical data is needed to reach an exact and impactful conclusion.