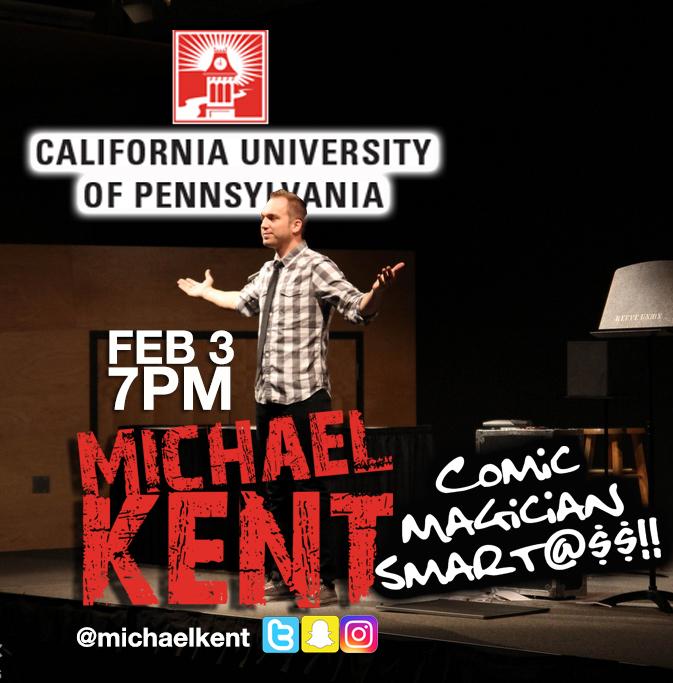 Before his show Kent had a slideshow showcasing all of the places he has traveled and people he met while performing, including Key & Peele from Comedy Central and Nev Schulman from Catfish. In fact, last year alone, he performed in 115 cities and 10 different countries. Kent was also able to recently take his show to TV where he was featured on the season 3 premiere of “Penn & Teller: Fool Us.”

Before the show began, Kent performed teasers inside the Gold Rush and around the Natali Student Center’s Food Court for students. This teaser gave students some insight as to what could be expected if they came to the show later that night. Many students who were blown away by Kent’s teaser later appeared at the show.

Kent involved a variety of students in his performance making for a highly interactive and upbeat show.

Overall, students seemingly enjoyed this free comedy and magic show provided by Kent and the SAB. The next Funny Freaking Friday event features Aarona Lopez on March 2, 2017 at 7pm in the Vulcan Theater!