Learning about a cure for racism 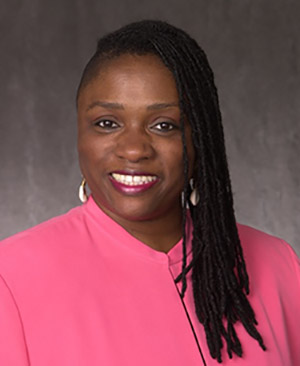 “I don’t want you smiling when you leave here, I want your brow writ,” said Eraka Rouzorondu. “I want your temples throbbing.”

In honor of Dr. Martin Luther King Jr. and to kick off celebrating Black History Month, Rouzorondu gave a presentation in the Convocation Center on Tuesday at California University of Pennsylvania titled, “The Good News About Racism.”

Rouzorondu directly addressed the deep and vastly difficult issues of racism that is seen rampant in the global community. Upon asking the audience how they feel about current issues, and providing background on the reactions of people tending to be emotional as opposed to logical, she identified how we as a society aren’t truly dealing with the roots of racism.

She called for a turn from the emotional response and emphasis on rational thought to truly process the feelings one experiences while involved in or witnessing discrimination or hate involving race.

“The good news about racism is that there is a cure!” Rouzorondu said.

Her message addressed the root causes of racism, discussing how the issue is on of perception of reality and how our perceptions and misconceptions lead us to feelings and ideas. She defined racism as a mental illness, rooted in ignorance and xenophobia, especially those who are racist and provides no concrete reasons behind those beliefs.

Rouzorondu said treating this would be no different than treating any other form of mental illness and requires intense psycho-therapy.

She continued to define white supremacy as the historical lie that Europeans are responsible for modern civilization and all its contributions to the world, and are superior to all.

A video clip of Congressman Steven King, a Republican from Iowa, on MSNB asking the question on where the contributions from other sub-groups of people contribute towards modern civilization.

Rouzorondu attributed this to the misinformation taught over the years to the population, and the tendency of Europeans to take accomplishments of other cultures and paint them as originally European ideas.

“How do you reverse the damaging effects of a lie,” Rouzorondu asked, “The truth.”

She suggested factual re-education as a beginning to diminishing the damage from racism in the past, and a foothold to combating racism in the present.

Rouzorondu discussed two programs she is running that is designed to educate people about the issues of racism, called “The Awakening” for African-Americans and “The Veridical” for Caucasians. She emphasized the importance of having separate programs, saying the message we each need to hear is different from the other.

These programs are designed to educate, through a required curriculum covering both global and national issues of racism, and create discussion on the reality of racism in hopes of beginning a new perspective, for everyone, on how to combat the issues of racism.

Rouzorondu is a distinguished educator, poet, producer, director, performance artist, writer, and empowerment specialist. Over 30 years, she has addressed audiences ranging from 5 to 5,000, including the Smithsonian Institution, Association of Black Psychologists, Lockheed and Martin, and General Dynamics.

She has given various lectures at universities like Penn State and UCLA. Her first book, a poetry volume entitled “Path to Power: The Making of a New Afrikan,” won the Geraldine Krusei Award for Excellence from the New York Chapter of the National League of American Pen Women, and the Young Artist of Excellence Award from the National Body of Delta Sigma Theta Sorority, Inc.

She is the CEO of Ma’at Corporation, an Empowerment Corporation. Her programs “The Awakening” and “The Veridical” are run in Baltimore, but they hold the events at universities across the country as well.

“This year’s theme for Black History Month at Cal U is struggle, strength, resilience, and triumph,” University President Jones said before the program began. “I am glad you are here to listen, to learn and to engage in dialogue about the issues.”

Rouzorondu emphasized the importance to have these conversations, and to realize the issue is one of perception, information, and the soul. She stressed the importance of not ignoring these issues, that they need to be addressed with the same kind of energy and enthusiasm seen in the opposition.

“It’s not the past, it’s today, and it’s tomorrow, “Rouzorondu said. “Steel yourselves, people.

Further information on “The Awakening” and “The Veridical” can be found at www.progressivehumanbeing.com.