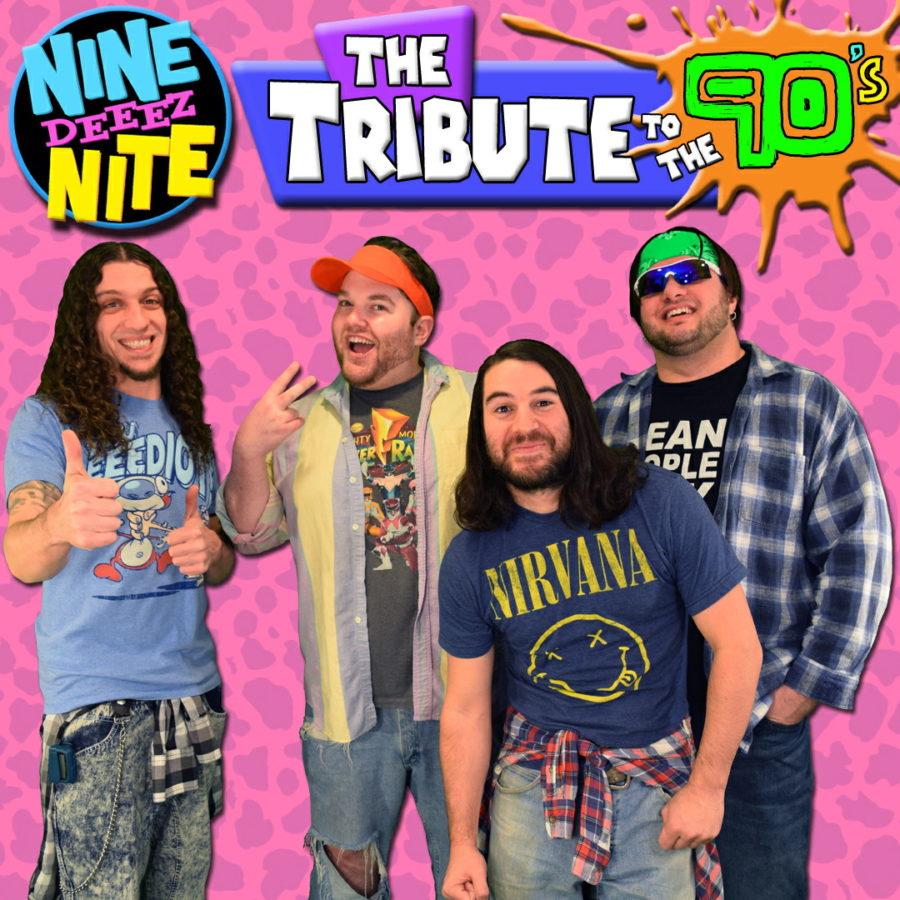 The Underground Café went back to the 1990’s on Oct. 20 when feature artist, Nine Deeez Nite took the Natali Performance Center stage.

The club, known for their weekly open mic nights, stepped away from the typical event and let the tribute band perform a two-hour long set filled with dancing and hit songs from the 90s.

The cover band from New Jersey consists of four members, Corey Markowitz (vocal and keys), Pete Gelber (drums and percussion), Tom Farinaro (guitar and vocals) and Charlie Busacca (bass and vocals). They have opened up for the band, Red Hot Chili Peppers, performed at MetLife stadium prior to a New York Giants game, and at Penn State’s THON.

They are currently performing gigs at weddings, private parties and college campuses just like Cal U.

Nine Deeez Nite enjoys taking their audience on a nostalgic trip back to the 90s with covers ranging from Backstreet Boys and Spice Girls all the way to Nirvana and Oasis.

Aside from just music, the band also brings with them free Super Nintendo and SEGA “Nine Deeez Arcade” games that the audience can play throughout the night while others are enjoying the hit songs they remember from their childhood.

Another aspect of the tribute bands show is that they love to include a segment called “Nine Deeez Trivia” into their set. This is where audience members answer one question from a topic of their choice including television, movies, music, and entertainment or pop culture. When questions were answered correctly, the contestant could win authentic prizes straight from the nineties, including beanie babies, VHS tapes, and action figures.

When asked what made the four childhood friends start a 90s tribute band almost six years ago, the answer was simple.

“Now it’s a big thing, because it’s not just the music,” Farinaro added. “We love to play the video games, and we love the pop culture of it. So we decided ‘Hey, let’s bring this back.’”

The band could have easily paid tribute to another decade, but the hit songs from the 90’s are what stood out to them the most.

“I think it’s what we heard most,” Gelber said. “We know it the most and It’s when we grew up.”

With the same original four members since the start of the band, the question that received the biggest response of the night was what their favorite part about performing together was.

“There’s nothing better than traveling around with your friends, having fun and that’s what we do for a living,” Busacca said.

“We get to play music for a living, so it’s potentially always good to get up in the morning and go to work,” Gelber added.

We may not live in the 90s anymore, but with the tribute band like Nine Deeez Nite it is easy to get lost in the music. Thursday night gave Cal U students an opportunity to reminisce on old memories, which is what made this special night at The Underground Café unlike any other.