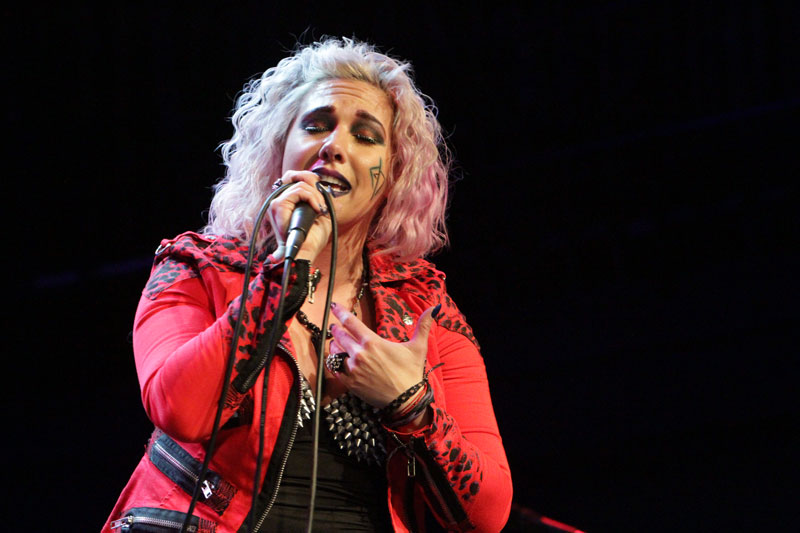 Last Friday night, the theatre department and the Student Activities Board teamed up to create a night of music. Eight very different bands took to the main stage of Steele Hall to compete for a chance to win $500 and the opportunity to perform with the Washington Symphony Orchestra. The event was free to all college students and was only $8 for non-students. People who were in attendance were also able to buy a discounted ticket for the “We Will Rock You!” performance, where the winner of the battle would be performing with the Washington Symphony Orchestra.
Each band was given a 20 minute set to perform whatever they wanted, providing the audience with a wide variety of music from metal to pop to rock. They would be judged on their music (clarity, lyrical content, preparedness, competence and overall musical performance), stage presence and crowd interaction, appearance, personality and originality (overall look, sound and uniqueness), ease of transcription to orchestral accompaniment.
Yugo Ikach, Chair of Cal U’s Music Department and Music Director of the Washington Symphony Orchestra, Adam Shaffer, General Manager of the Washington Symphony Orchestra, Ralph Guzzi, Composer/Arranger, and Pete Povich, WJPA DJ and Radio Personality, were all a part of the judging panel.
“It was exciting to see different bands from all over come to Cal. We have a beautiful theatre and I’m glad we can show it off,” sophomore Sidney Popielarcheck said. “It was extra exciting to see Cal U students perform.”
Following four hours worth of performances, the judges deliberated and announced the winners. Cal U’s very own Indie Rock band The Vic’s, made up of Commercial Music Tech majors Henri Seabright (drums), Bobby Dugan (rhythm guitar/voice), Ben Auer (lead guitar), and Cody House (bass guitar), were crowned the victors of this battle. The band has only been together for two months and this battle was their first official performance.
“It’s a blessing to be able to work with so many other talented bands, and we know it was a hard decision. We feel blessed to have won our first battle, and we hope to see all the other bands again in the future.” Seabright exclaimed. “We want to thank everyone for coming out and to tell them that they should check us out on Facebook at TheVicsOfficial, and to be watching out for new releases!”
Anyone interested in watching The Vic’s perform with the Washington Symphony Orchestra on May 7 can buy tickets online at
washsym.org/buying-tickets/.